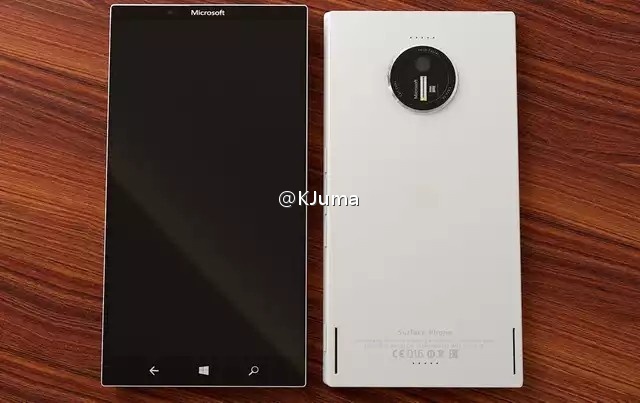 We have been posting exclusive bits about upcoming Microsoft Flagship Surface Phone, that may or may not be called “Surface Phone” finally. Now, a leakster known for many smartphone leaks in China has posted images of a unknown Microsoft branded smartphone. What is very interesting is that the device shown in leaked renders bears “Surface Phone” name. Check the leaked images below.

It is difficult to vouch for authenticity of these images. These may or mayn’t be the latest Surface Phone prototypes and may belong to the Intel Chip powered Surface Phone cancelled by Microsoft.

In one of his recent interviews Satya Nadella had talked about being in market for the ultimate mobile device.  In a previous Interview he talked about creating Phone Categories with “some new form, new function, new value added”. At Microsoft’s annual meeting, Satya Nadella told shareholders that they are not stepping away from mobile devices.