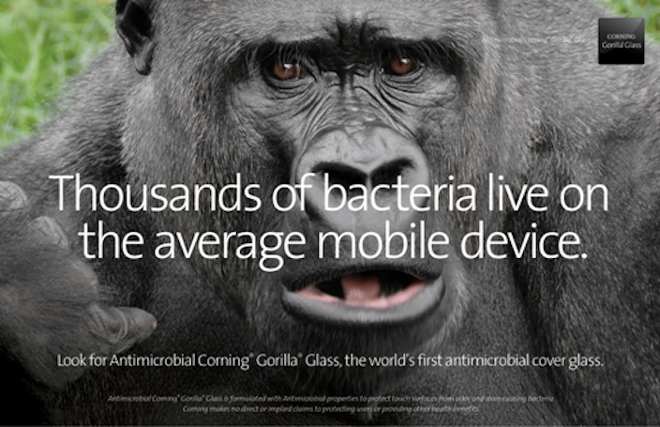 This can go from Flat to curved and vice-versa on just a command. On top of that it has 4K resolution OLED display with screen size of 77 inch. This is from LG and even Samsung has announced a 85-inch bendable TV which does similar trick but on touch of a button.

The secret behind the antimicrobial properties of the new generation of glass is called ionic silver. The ionic silver, a well-known anti-bacterial agent, has been incorporated into the glass surface without a compromise to the glass’s structure and other properties.

“Corning’s Antimicrobial Gorilla Glass inhibits the growth of algae, mold, mildew, fungi, and bacteria because of its built-in antimicrobial property, which is intrinsic to the glass and effective for the lifetime of a device.”

Intel has unveiled ‘dual OS platform’ that runs Android and Windows on a single device. This is achieved by push of a single button and device OS changes from one to another. Though this has been demoed earlier as well, but Intel’s take has impressed everyone.