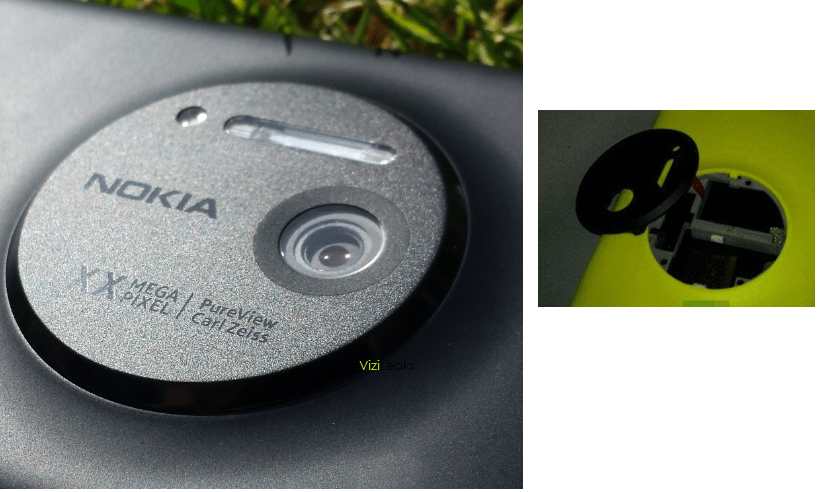 Wow!! It seems all with knowledge and reach to Nokia EOS were waiting for this day only :P. First the full body photos and now a new account “Vizileaks” has posted an image on Twitter claiming to be “camera module” of Nokia EOS. If you look closely, many things look confirmed by other sources. First up is “XX” megapixels embedded on the camera module, which has been seen by our tipster earlier.