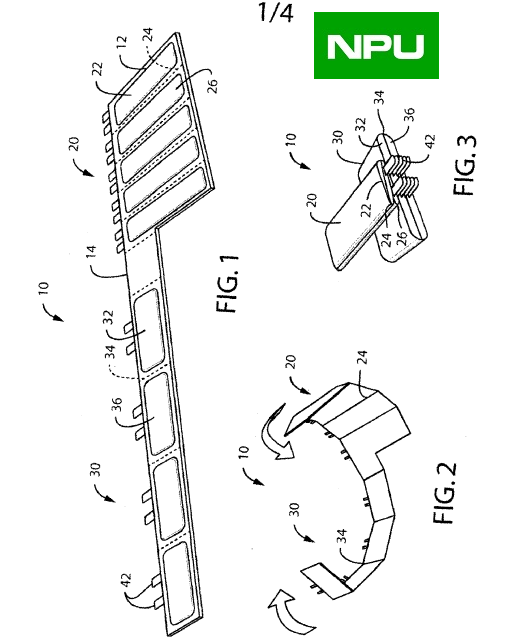 We keep on talking about Nokia’s patent portfolio and continuous focus on innovations. A recent Nokia patent reveals something which if gets to manufacturing may revolutionize the size and form factors of devices as we see them now. Nokia has got a patent on “Foldable Battery“. As can be seen in the above image such battery packs many foldable cells which can take form of a curved battery to be used in a device with curved form factor or a foldable battery according to the configuration.

As described in the patent,

This can lead to really thin devices as this battery is not size-constrained and can spread across entire length of device. Other very clear usage scenarios which come to mind are curved and fold-able devices like smartphones or smart watches. We are not sure how will Nokia utilize this technical know-how in near future, but licensing the technology or using in some wearable future device can be practical assumptions.