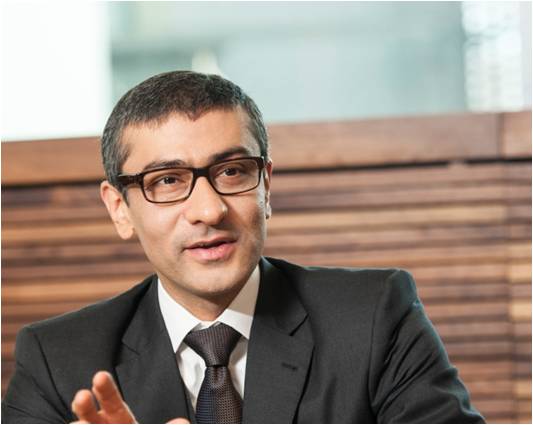 Nokia Board of Directors has appointed Rajeev Suri as President and CEO of Nokia Corporation, effective May 1, 2014. Suri joined Nokia in 1995 and has held a wide range of leadership positions in the company. Since October of 2009, he has served as CEO of NSN, the former joint venture between Nokia and Siemens that is now fully owned by Nokia. During his tenure as CEO, that business went through a radical transformation to become one of the leaders in the telecommunications infrastructure industry.

“As Nokia opens this new chapter, the Nokia Board and I are confident that Rajeev is the right person to lead the company forward,” said Risto Siilasmaa, Chairman of the Nokia Board of Directors. “He has a proven ability to create strategic clarity, drive innovation and growth, ensure disciplined execution, and deliver results. We believe that his passion for technology will help ensure that Nokia continues to deliver innovations that have a positive impact on people’s lives.”

Siilasmaa, who has also been serving as an interim CEO, will return to focusing exclusively on his role as Chairman of Nokia’s Board of Directors as of May 1, 2014.

“I am honored to have been asked to take this role, and excited about the possibilities that lie in our future,” said Rajeev Suri. “Nokia, with its deep experience in connecting people and its three strong businesses, is well-positioned to tap new opportunities during this time of technological change. I look forward to working with the entire Nokia team as we embark on this exciting journey.”

There has been change in leadership team and HERE, NSN and Advanced Technology divisions get new CEO and acting heads too, all reporting to Rajeev Suri.

Great news for shareholders and investors, as Nokia announces dividend for both 2013 and 2014 and also share repurchase programs. Read the details below,

To improve the efficiency of Nokia’s capital structure, the Nokia Board is today announcing plans for a EUR 5 billion capital structure optimization program which focuses on recommencing ordinary dividends, distributing deemed excess capital to shareholders, and reducing interest bearing debt. This comprehensive program consists of the following components:

“We are committed to effective deployment of capital to drive future value creation,” said Timo Ihamuotila, who is currently Nokia’s Chief Financial Officer and who has been appointed to serve as the Group Chief Financial Officer as of May 1, 2014. “We believe our planned comprehensive EUR 5 billion capital structure optimization program enables Nokia to make quick and orderly progress towards a more efficient capital structure, and is aligned with the long-term interests of our customers and shareholders. Together with our continued focus on solid business execution, these capital structure enhancements support our longer-term target to return to an investment grade credit rating, which would further affirm our long-term competitive strength and support our strategic objectives.”