Strategy Analytics has shared its latest research report for Q1 2013, according to which things are looking up for Windows 8 tablets. In the quarter, Microsoft’s Surface PRO tablet was launched and according to this report WIN 8 tablets have already captured 7.4% market share shipping 3 million units. Strategy analytics also believes that this could have been better, if Microsoft had better retail presence and may have covered more markets!!

This is really good start and indicates good future potential for Windows 8 Tablets as the retail coverage, apps ecosystem and better Tabs will hit the market. And who can bring better tablet than “Surface“? We already know the answer, Nokia. Many earlier leaks and reports indicate Nokia working on a Nokia Tablet and even some exclusive applications as well. So, it will eventually come out at some point of time.

But as they say, timing is the key and what better time to launch the “Nokia Tablet” when sales have just begun to catch momentum and things are looking up. If Nokia waits too long it may harder later to penetrate market and they must remember that unlike phones here they will face competition from none other than Microsoft. MS fans who otherwise support Lumias may not support Nokia Tablets due to MS already present in Tablet space. At the same time with many Nokians waiting eagerly for Nokia Tab hardware, it will certainly help in increasing the WIN8 tab market share.

So, Bring it on Nokia!! An announcement on 14th May will be most welcome, but it will be really nice if Nokians get a chance to hold one in their hands in coming 1-2 months. Is that ambitious? 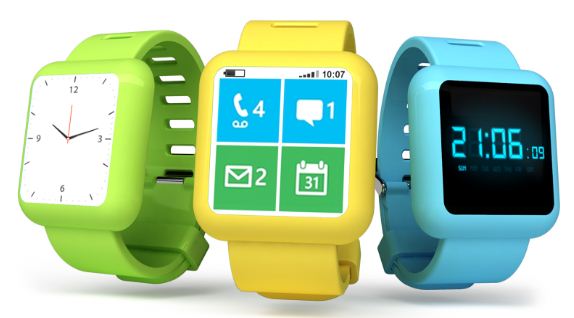 We have a certain complaint with Nokia that in spite of investing so much in R&D and acquiring design and even form-factors patents of all kinds, it lags behind in entering new market segments.We know it had patented and worked on Tablets even before iPads but irony is they haven’t launched a Tablet yet. Nowadays, there is one potential segment every big technology leader is working on. Yes, we are talking about smart watches. Even MS is busy in developing one according to a WSJ report. Will Nokia be again left out?

Nokia needs to consider one fact that most of the uses of smart watches are really dependent on one factor “Location or positioning“. So, when Nokia thinks about promoting and monetizing their Here Maps then smart watches really present huge opportunity. Not only as a new product category but also can provide the required impetus to adoption and evolution of Here maps. This is one new segment, Nokia shouldn’t miss out on otherwise they will again be doing catch-up and which will be embarrassing for an innovative company like Nokia.

Nokia 5.3 and Nokia 8.3 5G cameras show that Nokia Mobile, the smartphone imaging heavyweight may be set for a comeback

Why Nokia Mobile should bring Nokia C5, C6 and even a Nokia C7 quickly to market