Skip to content
You are here
Home > Latest Posts > POV: 11th July may see only release of EOS with Lumia 920 design and size. The phablet with 41 MP may be in prototyping stage. 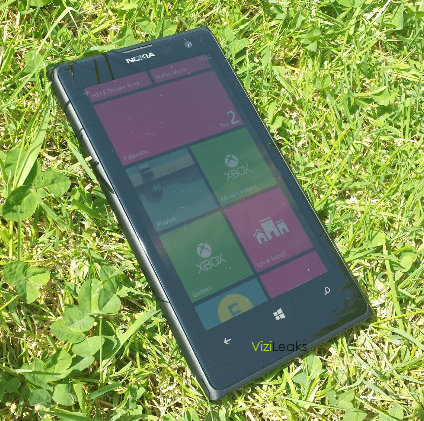 Numerous leaks in last few days have brought one more contender to the Nokia EOS title along with the earlier leaked prototype by Vizileaks, shown below.

The new contender which has full metal body was supposed to be in mass production based on the following image.

But now, on comparing sizes of this Phablet with a Lumia 920 in similar capture conditions it seems that it is quite larger than Lumia 920. And our calculation show a display of 5.5-6 inch confirmed earlier by our sources for upcoming Phablets.

So, now this may mean that the above assembly line image was not from mass production, but may be the “Phablet” with 41 MP camera is in prototyping stage and these prototypes will be sent for further testing. Things which support this is the fact that Nokia is supposed to release this Phablet with 1080P display which will come not before GDR3 update scheduled for later part of the year. Also, one more evidence supports this.

The above cover which was leaked with Phablet with 41 MP on it has only Zeiss in place of Carl-Zeiss indicating very recent date for manufacturing of these prototypes as Carl-Zeiss has just announced removing Carl from TM. So, it is clear these will now be sent for testing. If you have a look at the leaked EOS images by Vizileaks then you will notice Carl-Zeiss in full on the camera cover indicating those prototypes came sometime back and were already under testing.

Hence what looks like the most probable case is that Nokia EOS with Lumia 920 frontal design, polycarbonate body and similar display size and resolution is coming on 11th July in many colors. We have already seen Black, Red and Yellow. So, White will be there as well.

The Phablet will go for testing and may see a September-October revelation. The best part is that the next true Lumia Flagship will be coming with more advanced 41 MP sensor which is clear from the small size of camera module on the Phablet as compared to EOS.