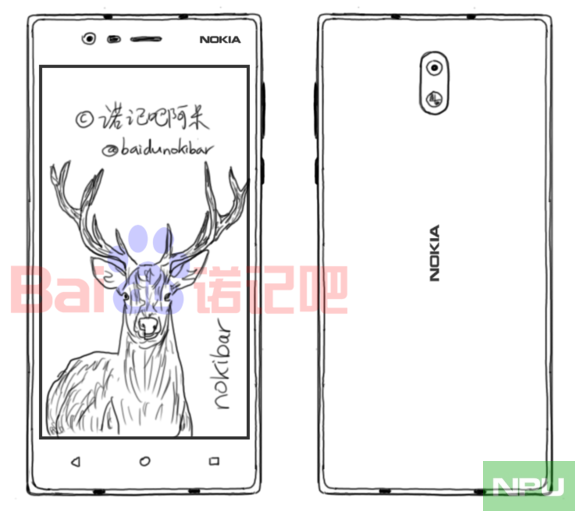 Last we reported about leak of an image and screenshot that reveal Nokia E1 name for an upcoming Nokia Android Phone. The Nokia E1 leaked image matches to one of the two renders posted earlier.

Now sketched images of design of two Nokia Phones claimed to be Nokia D1 and Nokia E1 have been posted. The sketches come from a well-known source, behind many Nokia and Microsoft prototype leaks in past.

If you have a look at the sketches you will find them good match to earlier leaked Two renders and also to recently leaked Nokia D1C and Nokia E1 real-life images.

You can read full specifications and other details about Nokia D1 and Nokia E1 by clicking here.   We also shared the tip about probable pricing.