Skip to content
You are here
Home > Latest Posts > Opinions > Lumia 900 Launch,signifcant? Yes,But much work to do for Nokia going ahead!! 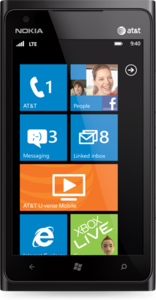 Lumia 900 launch is a significant event for Nokia this year.In many ways it brought many firsts from Nokia,and I hope you will agree with this 🙂

You can read more about Lumia 900 in my following post,

So Lumia 900 is a device with beautiful design,very smooth OS,very effective display,very good battery life and many more goodies.

Now the question arises, whether Nokia has made this device compelling enough to break the “Nokia reluctance” of many smartphone users.For this I would like to put forth a theory called “theory of customer inertia”.What this theory tells  is that

Hence getting customers out of their shell ,

First and foremost Iphone.When it was launched expectations for web browsing,apps,touchpad,UI experience were very basic thanks to Nokia continuing and basking in glory of its Symbian OS,which lacked in all these experinces.Hence Iphone simply proved to be better in both the above mentioned points.It served basic needs and brought in USPs of eye catching and simplistic UI design,fast browser,capacitive touch pad and we know what happened after that 🙂

Second example is Samsung Galaxy S2.Now this phone came when Iphone was about to have complete dominance in US,and developed markets and apple was confident enough repeat it in other markets.Now what Samsung Galaxy brought in was a all-rounded comparable and in some cases better performance than Iphone4,and the USPs were far better camera and significantly cheaper price than Iphone.Now we again know the results of this 🙂

Now I dare analyzing newly Launched Lumia 900 on the above mentioned “theory of customer inertia”.

It works well on the first criterion,covers all the basic and outperforms the competition in smoothness of OS,beautiful display,beautiful design,batter life and matches in camera,screen size but lags in processor speed and type of processor used (mostly marketing gimmick).

But if we try to analyse it on the basis of second criterion,then it is hard to find compelling USPs for this device.Here nokia had a oppurtunity to take lead in its stronghold imaging department, it didn’t cash on the opportunity and largly continued with Lumia 800 camera unit,which for me is underperforming.(For carl-zeiss and Nokia).Nokia drive and offline nokia maps can be a compelling feature but without proper marketing and correct pricing will not cut ice easily.

Hence overall we can say that Lumia 9oo will be a success. But it can be a roaring success like iphone or Samsung Galaxy S2 “when the pricing is correct so that, it can project some USPs along with slight edge in all-rounded performance” .

Now coming to what, Nokia needs to do for making some compelling devices in future,following pointers can show the path,