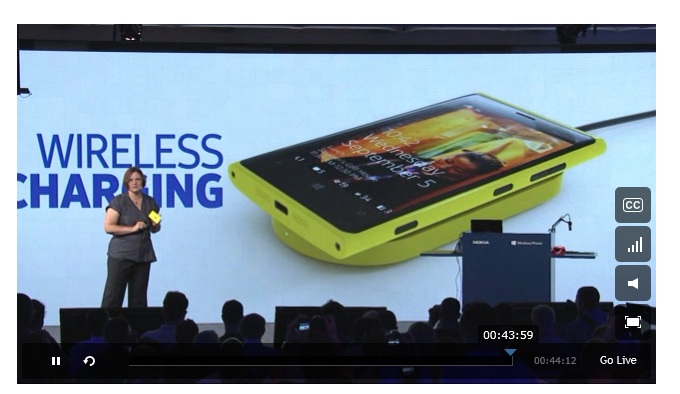 8.7 MP PureView Camera with image stabilization. PureView lets the shutter stay open longer. “The technology reacts to the minute movements in your hand to balance the lens.” floating lens” optical image stabilization system for much sharper photography in low-light situations, an improved app and camera interface, and the ability to record 1080p HD video.

City Lens demoed. Nokia City lens allows you to see the names of restaurants, cafes, on your smartphone display.”

Nokia has incresed aperture of the camera on Lumia 920. It is F2.0 now.

The cover gives it wireless charging.