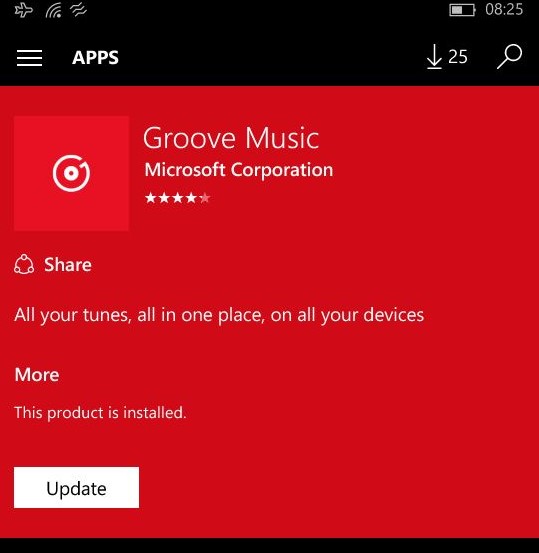 Groove Music app for Windows 10 Mobile snags a new update. After the update the version number jumps to 3.6.1719.0. There are so many usability improvements and other noticeable changes in this version .

Here are the changes