Was the name of video, “Discover the new Nokia Lumia” a hint ?

Anyways, some of our readers have discovered what looks like a Cyan Lumia 920 in this video. Check the image from the video above and Cyan Lumia lying on the table. Since, all the Lumias lying around that fellow in video were supposed to be Lumia 920, so looks like we have caught the first glimpse of Cyan Lumia 920.

Thanks Mazi for the Tip !!

We also got a hint previously from Tom Warren, 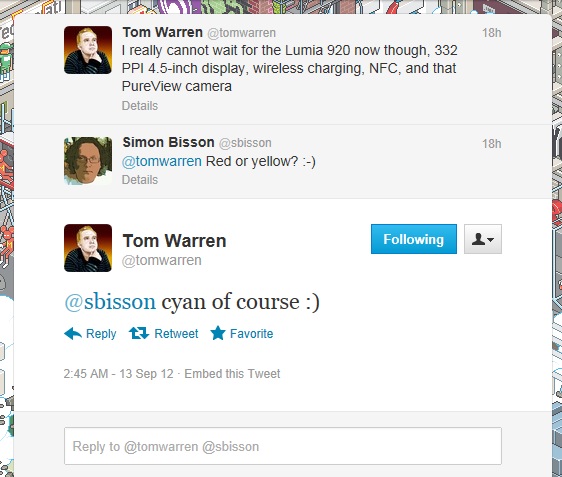