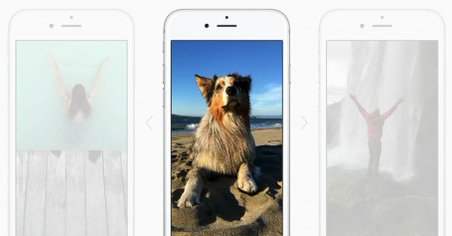 So, Apple had an event yesterday and like always it may be hardly interesting for anyone without that feeling of iCompulsion to buy and recommend over-rated, overpriced 2013-esq hardware. But now we see our twitter timeline full of stories about how Apple again blatantly copied and sold already existing technologies as “new technology”.

Apple introduced Live Photos and as you can easily guess they have totally copied “Living Images”, one popular Lumia feature existing and being used by us on our devices since 2014. So, all of sudden Tim Cook claimed yesterday it to be the “new technology”. This is an insult to human intelligence and awareness!!

Apple also invented and launched bigger iPad Pro with Smart cover and Apple Pencil, the most important inventions since fire. Jobs once told everyone how “Stylus” was so ridiculous!! Anyways iPad Pro, Smart Cover and Apple Pencil are direct admission of Surface’s increasing popularity and Microsoft may take happiness in the fact that as in case of “Living Images”, Apple is still catching to 2013-2014 technology.

Apple also invented 3D Touch yesterday which is nothing but pressure sensitive touch for seeing a preview of an object or link and guess what many companies have already  introduced “Hover” to see previews. So much advanced and cool!!

Coming to what it means to those without “iCompulsion“, crack some jokes and wait for whichever advanced smartphone you want to buy. Most of them will be better than the latest overpriced i2013Phones.