Skip to content
You are here
Home > Latest Posts > 6.5 million (7.4 million) WP devices may have been sold in April and May. 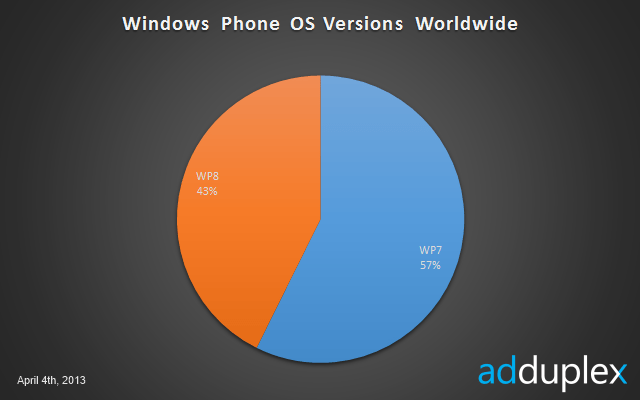 Now coming to most controversial part of our report  based on Adduplex data. Yes, predicting the sales of WP devices. So, first the necessary basic data.

Considering Adduplex’s latest data for the Month of May, we can see following devices posting % points increase in market share over Q1 (March),

Now, for calculating how many of above devices have been sold in two months after March, we will take a conservative  estimate of just 4 million devices sold in April and May for calculation sake.

But as we know Lumia WP7 devices sold in Q1 were 1/3 of the total Lumia sales, around 1.8 million. Hence if we even take 1 million WP7 device sales (Still conservative) in April and May, total WP devices sales by end of May becomes = 32.4 million giving sales of 7.4 million in April and May, which is more accurate according to us.