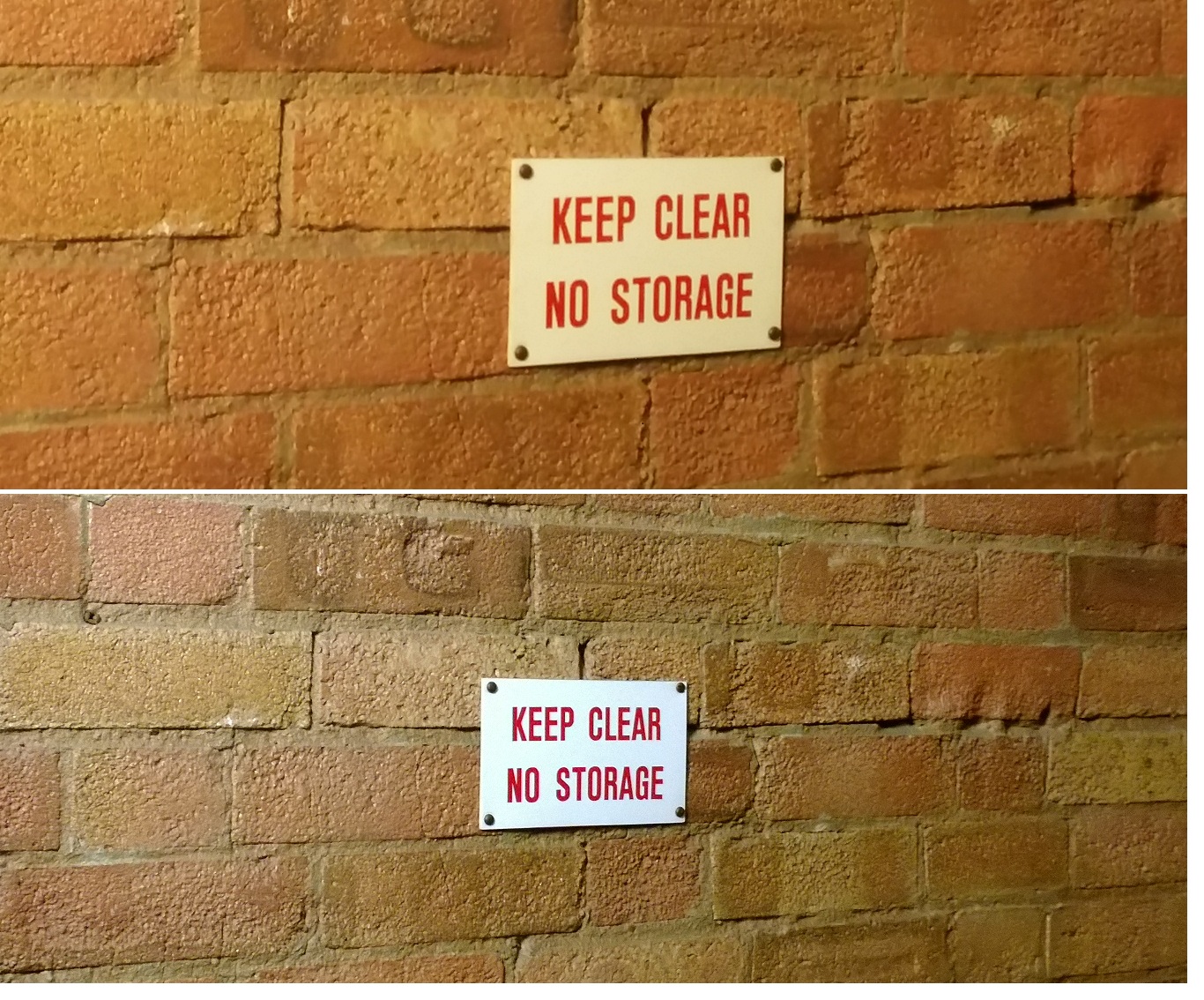 Nexus 5 is the new Android Flagship device and Google has posted its first commercial boasting about its ability of “Made to capture the moments that matter“. Though the first camera samples that we saw were not that impressive, but it is always better to compare it with some other device in equal conditions before reaching to any conclusion, right? So, here we go. Have a look at comparison between 100% crops from Nexus 5 and Lumia 1020 images in low-lighting conditions below and this is interesting as even Nexus 5 camera has OIS on-board.

Nexus 5 crop is on top followed by Lumia 1020 crop at bottom. The original images have been taken from Recombu’s article and then we made 100% crops to compare. Actually more you zoom in, more the difference becomes clear. Nexus 5 images suffer from fuzziness / softness and loss of details is so much apparent. In one of the image set where the contrast has been tested, the background is totally killed in Nexus 5 image.

Actually there is no comparison and at even 200% crop level Lumia 1020 image will have similar or better details and sharpness than 100% crop from Nexus 5 images.

Though many of you may complain about it not being a fair fight, but then imaging has been highlighted by Google as Nexus 5’s major feature apart from $349 price for 16 GB variant and it doesn’t deliver!!