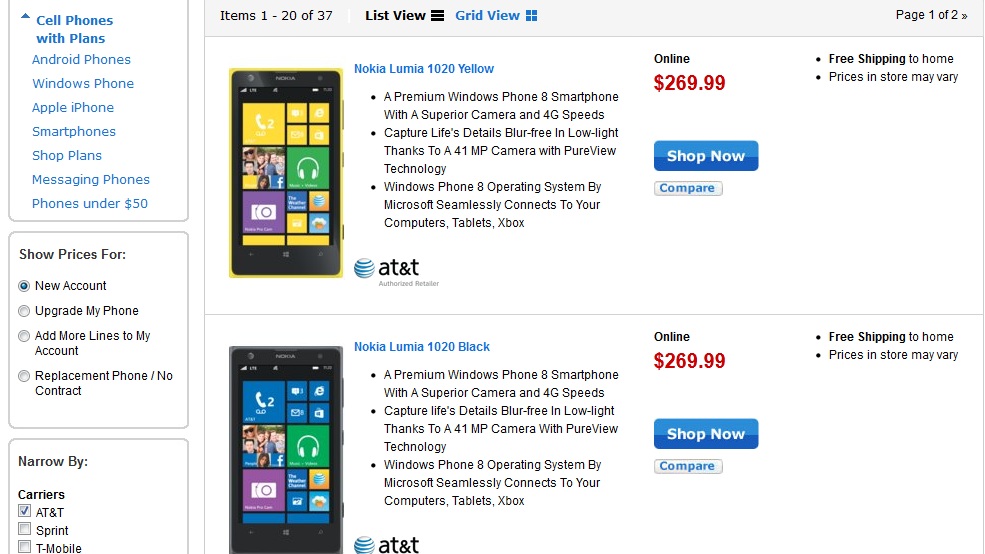 We  just noticed that Lumia 520 has touched its lowest price ever in US at $88. Consequently, it is now the top selling prepaid phone at Amazon from 2nd rank seen in morning. Lumia 521 is though still at 3rd rank, which is awesome news. Maybe AT&T needs to think why same device at $129 with T-Mobile prepaid deal is still so strong.

Lumia 1020 pricing has been a dampener for many though Nokia made it clear that they don’t think this device is for everyone but imaging enthusiasts. But, seems contrary to what Nokia thinks the device may be slowly gaining mass appeal. After selling out at Microsoft store, reaching to AT&T most popular list it has now become the top-selling AT&T phone at Walmart. It has grabbed top two ranks according to AT&T devices’ sales at Walmart.

While Lumia 1020 doing well is really awesome news, it is also a sight to behold at Amazon. Lumia 520 and Lumia 521 are 2nd and 3rd best seller devices on the “No-contract best seller list” at Amazon. So, while Lumia 1020 beings much-needed premium margin and appeal to Lumia range, Lumia 52X are raking in equally important volume.

Thanks Geeks and Ryan for the Tip. Cheers!!