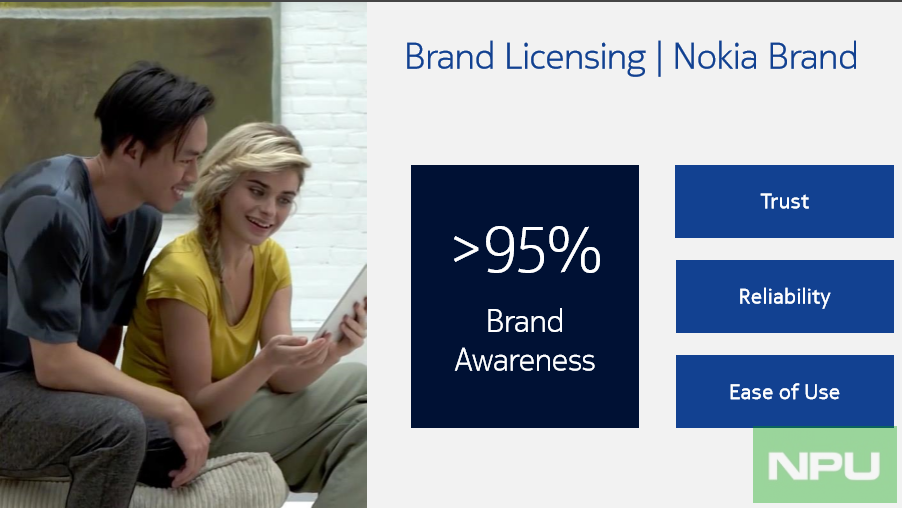 During its Capital Markets Day (CMD) event, Nokia has talked more about its Brand Licensing strategy and Business model. It is now official that Nokia will return to smartphones in 2017. Nokia has also claimed 95% Brand awareness for its “Nokia Brand” in key markets. Check the slide above.

One more very interesting insight from the Webcast of Nokia Technologies presentation during CMD. Nokia Technologies acting president Brad has revealed that HMD has raised its internal market forecast depending upon the kind of feedback they have received from consumers and re-sellers. This is encouraging but not unexpected given Nokia brand still has very vibrant market share in markets like India, MEA and others.

We exclusively reported about two high-end Nokia Android Nougat Phones in works as a part of upcoming Nokia Android portfolio. Later mid-ranger Nokia D1C appeared in many leaks and you can read about it by clicking here.

It also seems we can expect Nokia unveiling Android Phones and Tablets at MWC 2017. Nokia CEO Rajeev Suri will be a keynote speaker at MWC 2017.