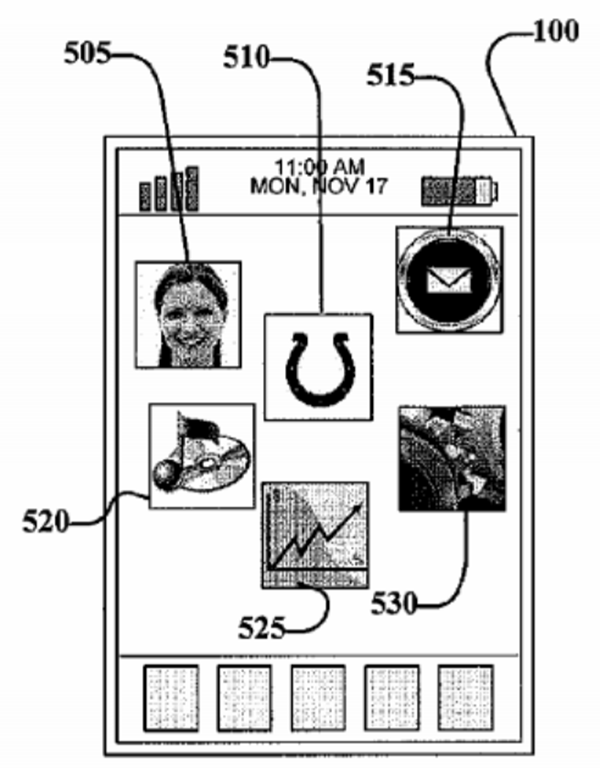 Microsoft has patented a new Windows Phone UI concept which can very well be implemented in future. In fact, we have seen similar implementation in recently launched Nokia’s Z Launcher for Android. So, concept wise both work similarly. Z Launcher predicts what apps you will use at some point of time during day and it also presents those apps on screen during that time period.

The latest patent from Microsoft has similar feature in claims. It has “personal cloud of mobile tasks”, displaying most frequently used tasks which appear on the user interface based on context, and the most probable time of execution of such tasks. Also the tiles may grow bigger if they are frequently used during particular time of the day / week or smaller if they are less probable to be used during that time.

However, with Z Launcher one can open a particular app not present on the UI by just scribbling on screen. That feature is not present in Microsoft’s implementation, while the idea of Tiles growing bigger is much relevant to Windows Phone due to its native UI with Live Tiles.