Skip to content
You are here
Home > Latest Posts > #Lumia2520 vs #iPad Air: Size and display comparison videos. Areas in which Lumia has the clear edge!! 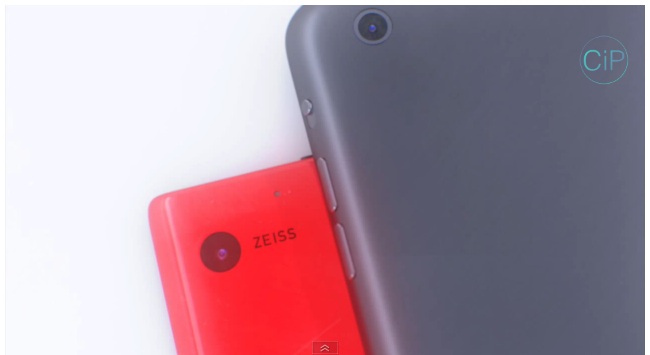 Nokia has made Lumia 2520 public on the same day when Apple has launched its 5th generation iPad called ipad Air. So, it is natural for people to compare both devices. We also tried to find out how do they compare in terms of major make or break features. We have two videos as well which will help us in driving the comparison home.

While iPad has retina display with higher pixel density than Lumia 2520 ‘s display it seems its advantage stops right there. As the images and video below proves, Lumia 2520 display looks more vibrant , brighter (650 nits) and is just much better in outdoor visibility. It also has 60 Hz screen refresh rate for better gaming and video watching, absent on iPad display.

Coming to size and design of the devices it seems that even with 0.4 inch larger screen than iPad Air, Lumia 2520 is quite comparable to the latest iPad in size. Design wise Lumia 2520 looks like fresh breath of air with its colorful profile and Lumia design.

One area where Lumia has certain edge is the camera at both rear and front. While Lumia 2520 packs 6.7 MP camera with Zeiss optics and large F/1.9 aperture which provides amazing low-light images, ipad has just ordinary 5 MP cam. Even FFC wise Lumia 2520 packs 2 MP camera as compared to 1.2 MP on iPad 5.

Check the video for size comparison between these two devices,

One more area where Lumia looks like having edge is Battery life and accessory support in form of battery equipped touch cover. While Battery life wise Lumia 2520 claims more juice than iPad air, the battery charges much faster than iPad Air. Nokia claims 80% charge in one hour. The touch cover provides up to 5 hours extra  battery life.

So, what do you think? According to us, Nokia has certainly come with a compelling product to take on the likes of iPad. Hopefully, MS gets its act together and delivers more apps to the store.