Skip to content
You are here
Home > Latest Posts > #Lumia1020 camera comparison with SLR and #MotoX. Holds it own against SLR and demolishes Moto X!! 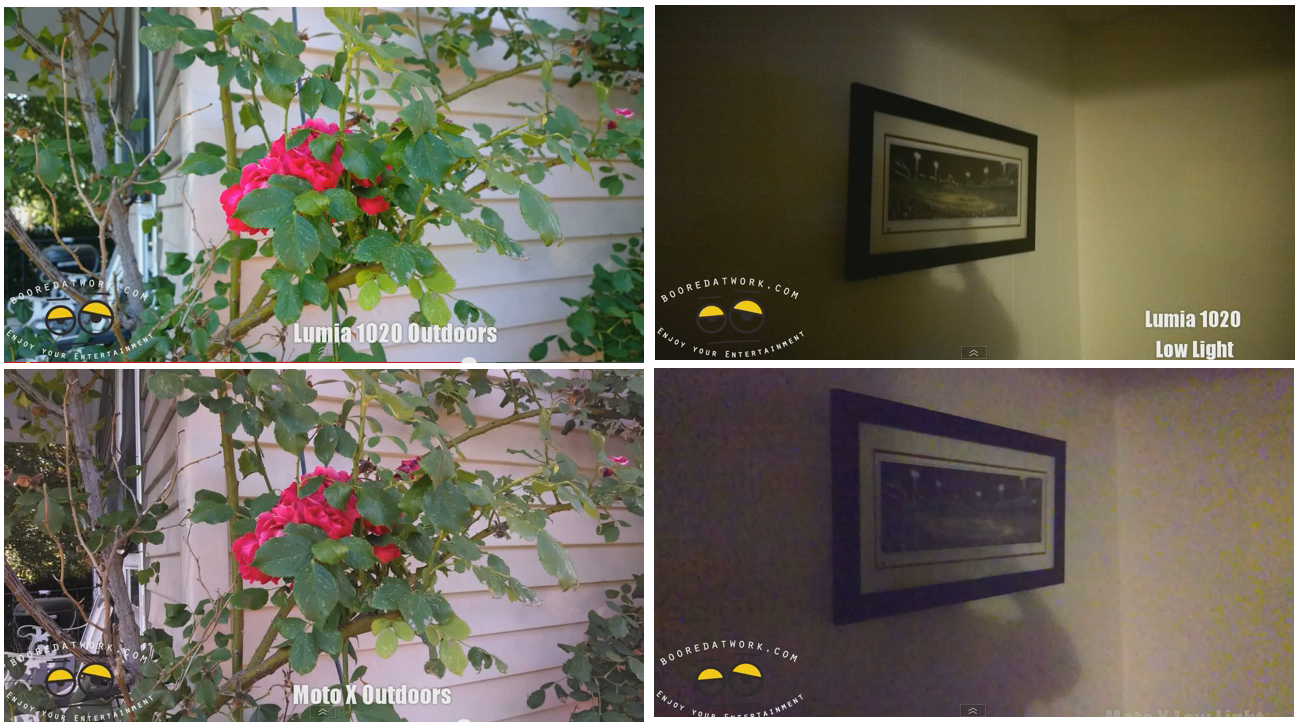 Two videos for your viewing pleasure. In one of the videos the reviewer shows two samples taken with Lumia 1020 and with his SLR Canon 70D and opines that it is hard for him to find any difference between what Lumia 1020 can capture against his $1500 Canon 70D. Check at around 8.56 time in the video.

Coming to second video, the recently released Moto X’s 10 MP clear-pixel camera has been pitted against Lumia 1020’s camera by “Booreatwork“. Result: Lumia 1020 destroys Moto X in whatever lighting situation. Actually, Moto X cam shows a reddish cast in both daylight or low-light conditions as shown in below picture extracted from the video.

Details capture wise it is nowhere close to Lumia 1020. Sharpness is much better in Lumia pictures and in low-light for which Moto X has a specialist camera :P, Lumia 1020 totally kills it in even light capture with noise-free and highly detailed picture.