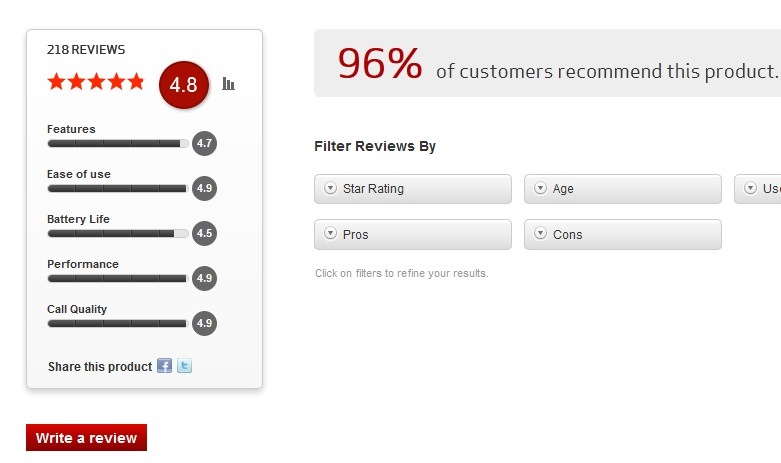 Lumia 928 has been going strong on Verizon and was supposedly 3rd best-selling device in its opening month. It has been really liked by its actual buyers, who have rated it quite high. Till now 218 reviews are there for Lumia 928 at Verizon’s official page. Lumia 928 has been rated 4.8/5 based on all these reviews and 96% buyers recommend this device. For trying to put things in perspective, we thought of invoking a comparison with latest Samsung Flagship SGS 4 which has been launched within a week of Lumia 928’s launch at Verizon.

SGS 4 has accumulated 208 reviews as compared to 218 for Lumia 928. So, if number of reviews can indicate anything about a device uptake, Lumia 928 is doing pretty well at Verizon. Coming to how it has fared according to reviews. SGS 4 has been rated only 4.3/5 and only 85% buyers recommend it.

This is certainly a boost to Nokia’s attempts to capture mind-share and market share in US. Though Q2 will through more light on how Lumia 928 has done at Verizon but signals are positive!!