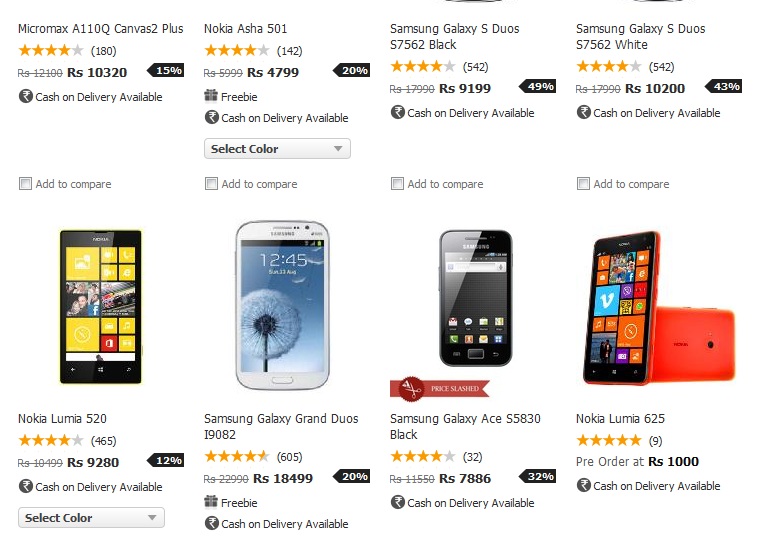 Seems, Lumia 625 may be the next hit device for Nokia in India after Lumia 520. It was at rank 8 in best seller phones list at Snapdeal as shown in below screenshot, and now has sold out. Keep in mind the device was still on pre-order only.

Lumia 625 which is on paid pre-order at Snapdeal is already seeing really good traction at the retailer it seems. It has climbed to 8th bestseller rank at the retailer which boasts of widest choice of phones with some 1332 phones to choose from. This is really impressive and indicative of current trend of large-screen devices amongst Indian customers. Also, it shows that Indian customer are becoming more receptive to Lumia devices in general, which augurs really well for Nokia’s future.