Skip to content
You are here
Home > Latest Posts > Daylight and low-light camera comparison: Lumia 925 vs Lumia 920 with HTC One as the special entry :P. 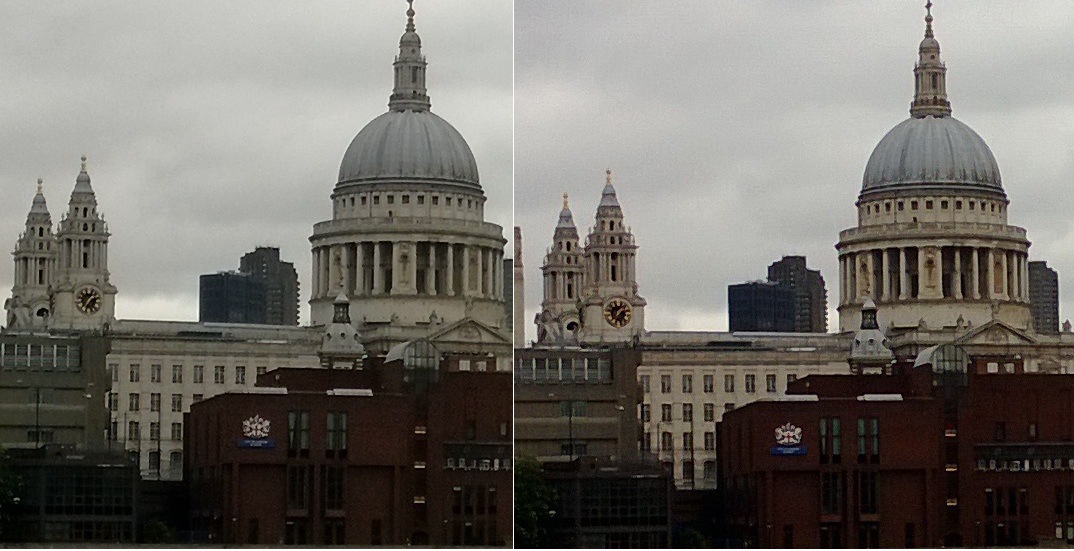 CNET has just posted the review of Lumia 925 and it is on expected lines :P. Anyways, the good part is that they have posted comparison pictures between Lumia 920 and Lumia 925 in both daylight and low-light conditions. Not only this, they have brought HTC One as well for the low-light comparison.

We have taken 100% crops from two of the daylight photos and producing them in the below crop-comparison. Lumia 925 crop is on left and Lumia 920 on right!! As you can see Lumia 925 has slight edge in clarity and capturing details, but the difference is not much pronounced. But Lumia 925 image looks more natural while Lumia 920 has slight saturated yellow hue.

Here are the full-size images for above comparison. Lumia 925 comes first and then Lumia 920.

Here is the second set of daylight comparison photos. You can see more details in Lumia 925 photos with yellow and white patches getting identified easily and clearly. Here the difference between Lumia 925 and Lumia 920 images is more pronounced in our opinion.

Time for low-light comparison. We have seen Lumia 920 outdoing every other competitor phone and their mother by quite a margin. But here Lumia 925 wins over Lumia 920 in both capturing more light and details and at the same time keeping the image looking very natural with correct color reproduction. HTC One is the worst and can’t even compete to Lumia 920 (we know that). Lumia 925 has a huge margin of win over HTC One. Good to see Nokia optimizing the imaging algorithms so well. Can’t wait for Amber update to hit Lumia 920.

In the comparison set, Lumia 925 is the top one, followed by Lumia 920 followed by HTC One.