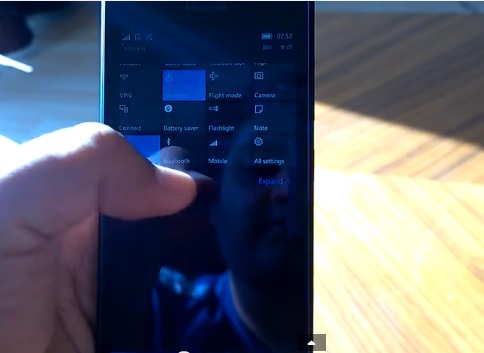 In an interview, Microsoft’s Execs have teased and revealed some interesting tidbits about timing of upcoming features in Windows 10 Mobile and how Microsoft Mobile phone portfolio will look in near future. As per Joe Belfiore, broader features set of Windows 10 Mobile is already done and we have in fact hardly seen many new features from Build 10149 to Build 10166. But he says that Microsoft is planning to bring some new feature right at the time of release.

Belfiore is equally bullish about Continuum, but the phone version of Windows 10 doesn’t ship until later this year. “The phone is significantly feature complete, but we’ll continue to polish and tweak and iterate the things that still need to work,” explains Belfiore. “We’ll put features in right up near the end. But in general, the broad feature set is set.”

“We are going to focus on a few great devices and the most notable being that premium consumer category,” explains Myerson, adding, “The direction we will head is the premium-branded lineup.” I push him on whether that’s a similar approach to Surface, and he claims “the goal is to have one Microsoft device family that plays this role in the Windows ecosystem.” I’m not sure if that means a Surface Phone is in the cards, but it sure sounds like it.

The first example of that one Microsoft device family will arrive later this year. “One’s coming. Maybe two are coming, but at least one is coming,” teases Myerson, as he hides an unreleased Lumia phone in his pocket. Microsoft is rumored to be working on two high-end devices that will include a new Continuum feature from Windows 10. Continuum on phones lets you use the phone as kind of a PC. You can connect up a keyboard, mouse, and monitor and start using Windows 10 apps. “I think it is the future of the phone,” says Myerson.