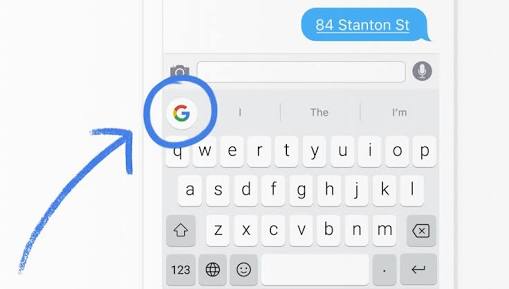 All the smartphones come with a default Keyboard installed in them. Every OS has it’s own Keyboard whether it’s Android, iOS or Windows Phone OS.

Today we will be talking about the best substitutes to the default Keyboard apps on an Android device. Android and iOS platforms give you the freedom to install third party Keyboards. We saw some great keyboard apps in 2017 on Android platform. We will list them below for you to try out.

GBoard is by far the best and most fluent Keyboard app out there on the Android platform. It was previously known as Google Keyboard but then later in 2016, the search giant renamed or it to GBoard. It comes with a bunch of new features and options.

Let’s start with few important features of GBoard, it comes with voice typing from the keyboard itself. Glide typing is also supported that lets you type by sliding your fingers on the alphabets. Another feature is Google search that is embedded into the keyboard which lets you search for Nearby stores and restaurants, Weather forecasts, News articles, Sports scores, And anything else that you’d search on Google.

SwiftKey Keyboard comes just after the Google Keyboard (GBoard) in the list of beat Keyboard apps for Android OS. With SwiftKey Keyboard, you can type freely because it has support for AI that makes corrections whenever required. Other features include Simply swipe-to-type with SwiftKey Flow, improved Autocorrect, Always learning your slang, nicknames, and phrases, 70+ colors, designs and themes, Emoji keyboard – learns and predicts your favorite emoticons, Bilingual autocorrect across 150+ languages and much more.

Grammarly was not a Keyboard before the year 2017. It was just a Chrome extension available to PC only. This was available as a tool first for Google Chrome. It is very helpful for bloggers in posting the correct articles. You can use it at every website wherever you write.

Now the company has released an app for Grammarly. The Grammarly app is now available on Android and IOS platforms. Just a few weeks ago it was introduced on Android platform and has become a really grossing one.

Flesky Keyboard is claimed to the world’s fastest Keyboard with smooth typing and workflow. What’s unique in Flesky is support for custom extensions, fastest typing with a world record, Beautiful design with support for themes and pictures.

The next Keyboard app the comes to our mind as a good keyboard app is, TouchPal. The TouchPal app is available in the Google Play Store since a very long time.

The company has clearly mentioned in the Google Play Store listing as why to choose TouchPal over others. You can find it below

Swype Keyboard is one of the most feature equipped Keyboard app on Android platform. It comes with a long list of features. Transliteration is another important feature that many users want, especially the ones who don’t use English as the first language. It has got the support of many other features like bilingual, next word prediction, dragon dictation and much more.