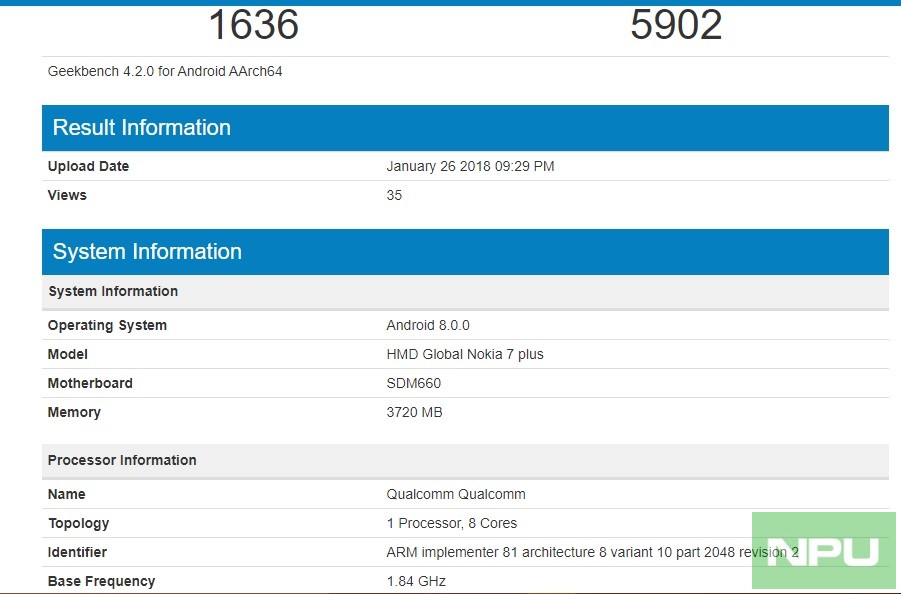 We have recently seen Nokia 7 Plus appearing first in an APK tear-down done by us and later at Geekbench benchmark in its second appearance. The Geekbench listing revealed that it will be powered by Snapdragon 660 and will pack 4GB RAM.

Now more details have been revealed about Nokia 7 Plus in China by a trusted source with information about Foxconn’s plans. You may know that Foxconn is responsible for the production of Nokia smartphones. The first new bit is that one of the Nokia 7 Plus variant will be TA-1055, though it has not passed certification anywhere yet.

Even Nokia 9 will come with an edge to edge display but that will be a 16:9 display and not an 18:9 display, shows our analysis of Nokia 9 covers. Read all Nokia 9 details at our dedicated page.

The source has also revealed that Nokia 7 Plus has entered production and thus seems confirmed to be launched at MWC 2018. HMD has already teased a grand show at MWC 2018.