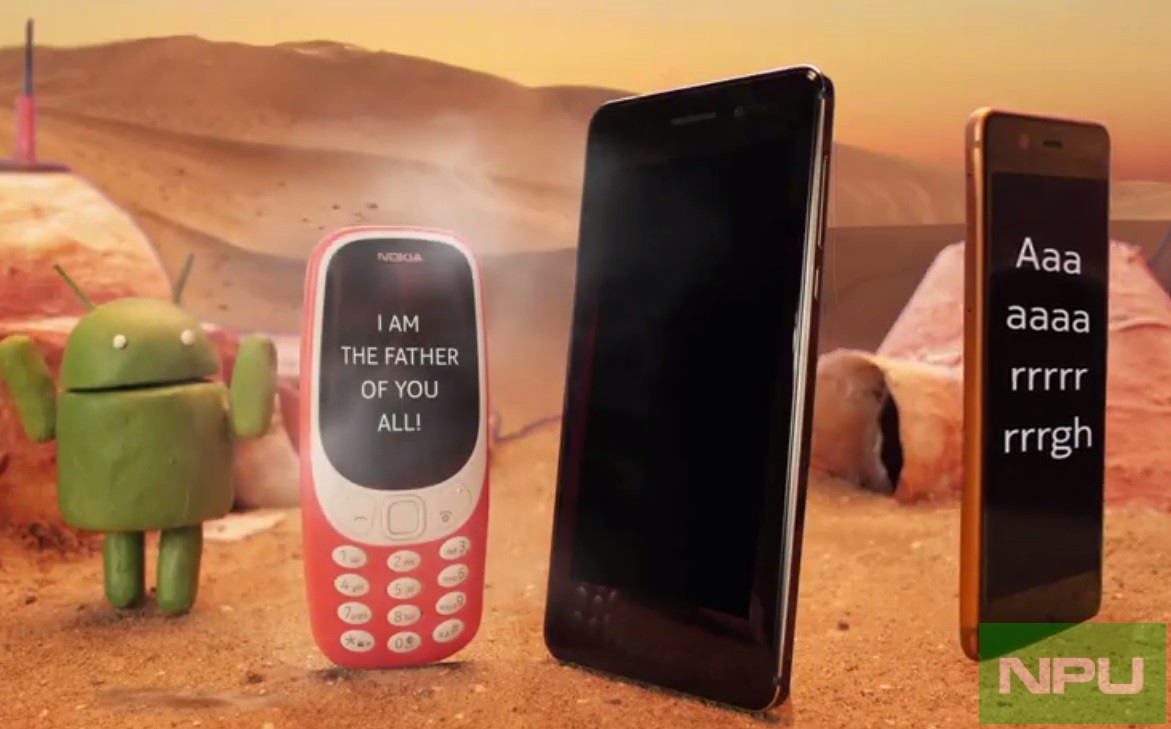 A new video has been posted at official Nokia Mobile YouTube channel that celebrates May the 4th, the “Star Wars Day” in popular culture. This video features Nokia Android Phones in Star Wars avatar and introduces new “Nokia 3310” as Father of all phones.

It teases “coming to your galaxy soon”, hinting a sooner release for at least Nokia 3310, if not Nokia 3, 5 and 6. Recently HMD has sent invites for an event on May 8 in India to Tech Media and our team will join that event. But, it seems we can see Nokia 3310 going on pre-order as soon as tomorrow in India, if this listing holds true.