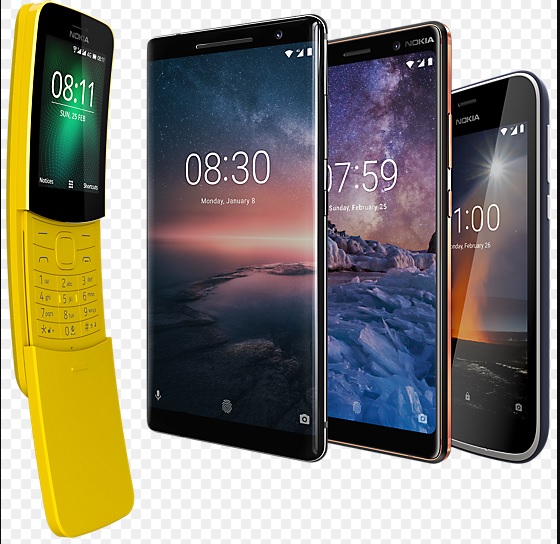 A latest report from Analyst firm Canalys brings good news for Nokia fans from the Russia market. Nokia was the 5th biggest smartphone brand in the Russian market in the first quarter of 2018. Some 377000 Nokia smartphones were sold in this period for a 5% market share.

This is a good sales performance given the fact that Nokia smartphones were largely considered dead just a year back. Though it is really tough competition in smartphone market with established manufacturers like Samsung/Apple at the top and entrants like Xiaomi in the middle.

We previously reported via a report from Strategy Analytics that 4.1 million Nokia smartphones were sold in January-March period for the 9th smartphone vendor rank globally. Later another report confirmed 5th vendor rank for Nokia brand in European markets.

Since HMD launched its 2018 range in Q1 2018 and made them available even later in markets so Nokia 7 Plus, Nokia 6 2018, Nokia 8 Sirocco and Nokia 1 did’t have any big impact on Q1 figures. But the market share may grow further in Q2 2018 because of popularity of devices like Nokia 7 Plus.