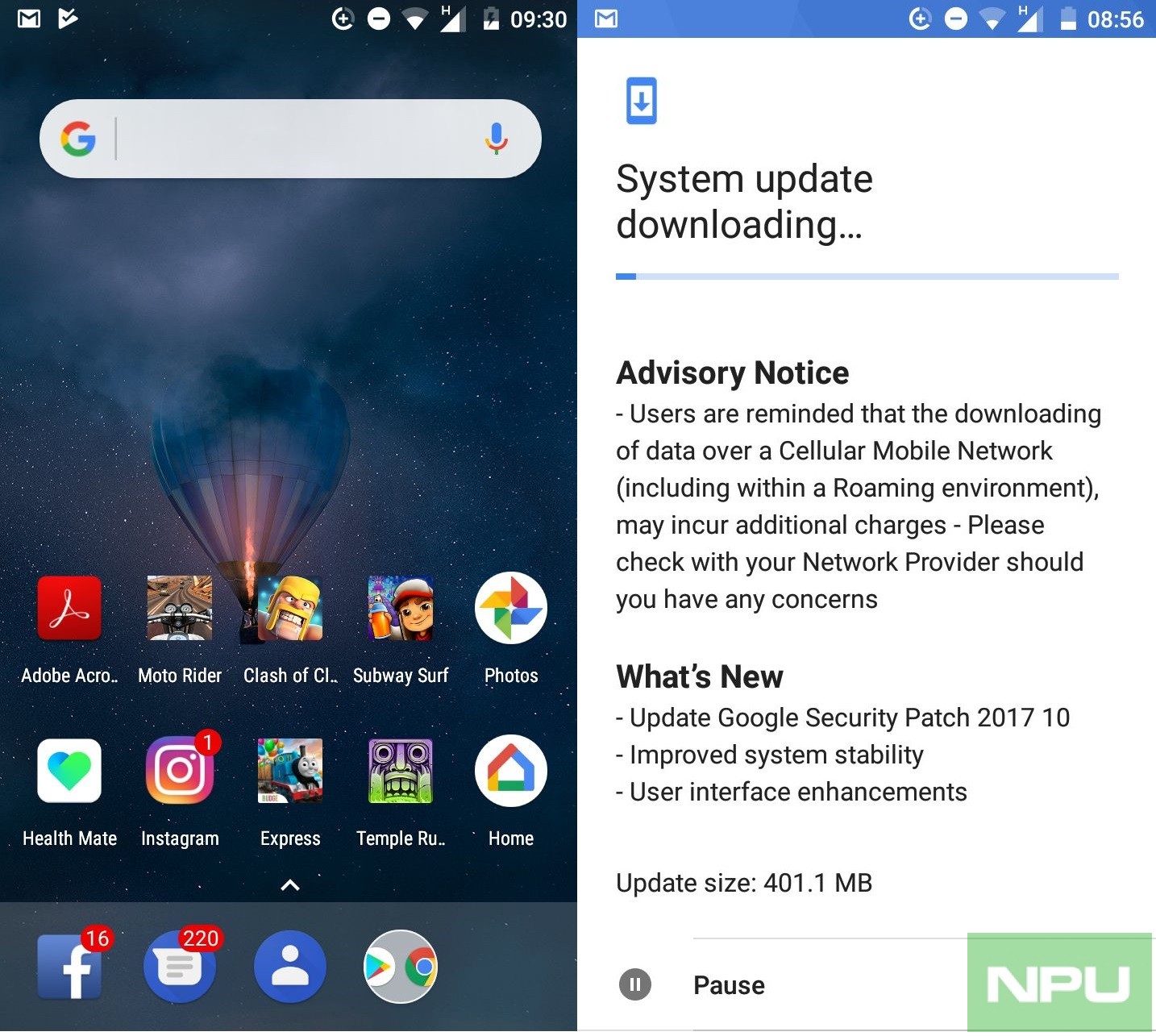 As you can see in the screenshots above the October security update for Nokia 3  is 401.1 MB in size.  You will either be prompted to download this update or you can check by going to Settings and searching system updates and then by checking for the update.