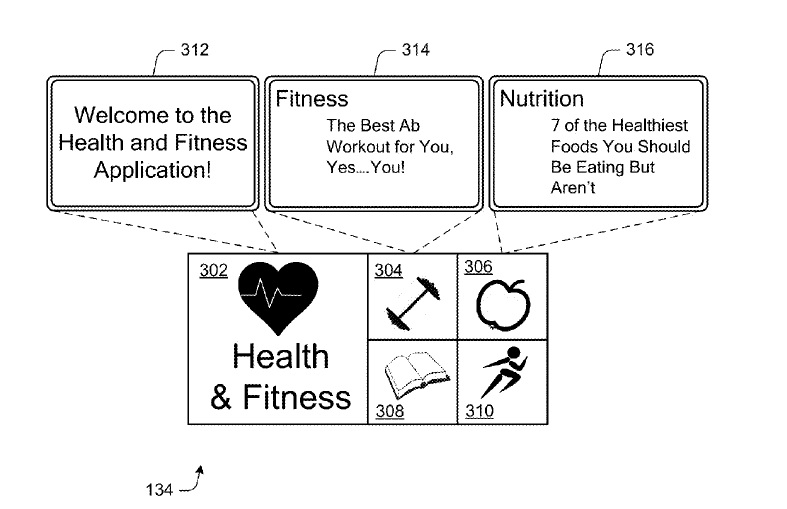 Two Microsoft patents published today reveal interestingly two Live Tile features, one of which was reportedly scrapped in past but later appeared in official documentation and the other is confirmed by Microsoft as coming in future.

First let us talk about Flyout Tiles or MixView that we reported earlier as a part of the 3D-Touch UI that was to debut with cancelled Nokia McLAren. We have already told you that Flyout tiles are in works for Windows Mobile 10 and can be expected in future builds. It was also seen in official documentation of Windows 10.

The above images from the patent show how by just zooming in one can access the flyout or expanded view for any tile that is again made up of the secondary tiles creating what we know as MixView. This is how the Flyout tiles or expanded MixView are explained in the patent.

Interactive Tiles are hotly awaited as arriving and Microsoft has confirmed that it is working on them. Though the patent doesn’t look exactly like the Interactive Tiles demo videos leaked quite some time ago. But Microsoft may have gone for some changes in the meantime. The patent talks about enhanced user-interaction with the Live Tiles