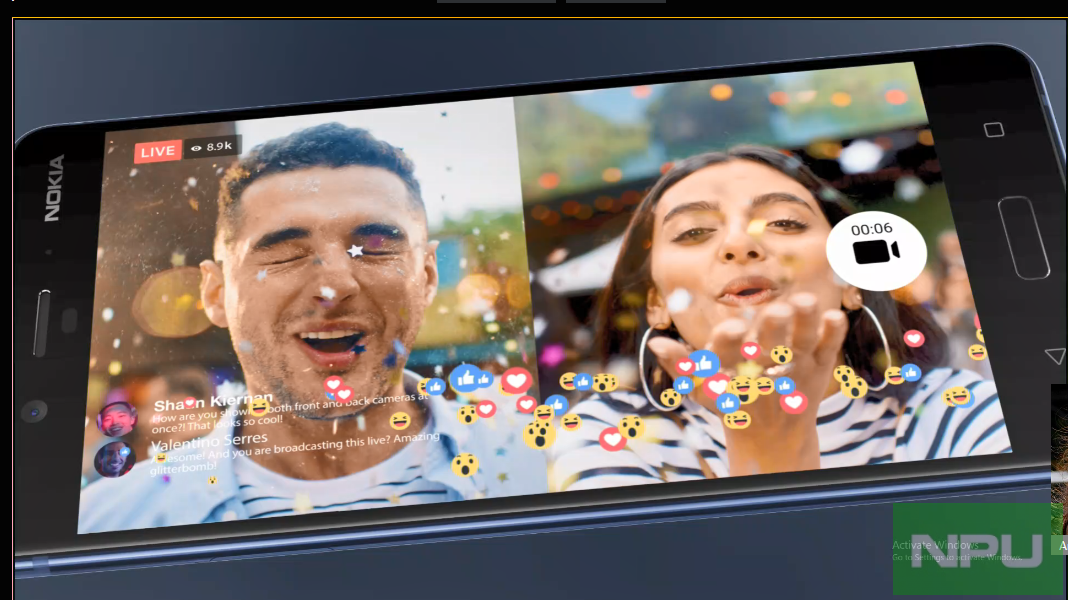 HMD launched Nokia 8, the flagship Nokia Android Phone in an event in London yesterday. The smartphone boasts of many firsts in terms of innovations and stand-out features. While every onne expected a Zeiss-branded rear camera on the back, HMD has taken fans by surprise by also packing a front camera with Zeiss optics on Nokia 8.

This Zeiss -branded front camera has 13MP resolution similar to the rear camera and can shoot videos in 4K. This capability is not yet available on many flagships. If quality of Zeiss-branded Nokia cameras on past flagships is any indication, Nokia 8 front camera may set a standard in terms of quality of selfie capture. It also has a selfie flash and F/2.0 aperture making even low-light capture more powerful.

Coming to the new and innovative Bothie aka Dual-Sight feature it is already getting some attention from Tech media. This feature allows simultaneous capture and split-screen display of images from both rear and front cameras. Here is one example of Bothie posted on Twitter by HMD CPO Juho.

Do let us know in comments what do you think about the Bothie feature and the first Zeiss-branded front camera ever on any smartphone?