Skip to content
You are here
Home > Latest Posts > Opinions > CEO Nadella: Will do everything to make sure we’re making progress on phones 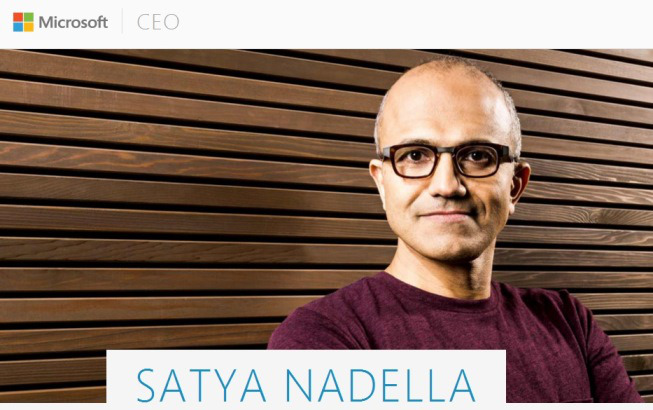 In an interview that featured many pointed questions by well-known Microsoftie MJF from ZDNet, Microsoft’s CEO Satya Nadella has claimed that Microsoft will do all that is needed to progress on phones. Quite an interesting comment and even may look contradictory to some, in wake of recent harsh decisions of laying off 7800 ex-Nokia employees and writing off the Nokia D&S purchase.

MJF: Does that Surface analogy break down, though? Microsoft built Surface but there were still many other OEMs building successful Windows devices. But with Windows Phones phones, that’s not the case, right?

NADELLA: We will do everything we have to do to make sure we’re making progress on phones. We have them. Even today Terry (Myerson, the head of Windows and Devices) reinforced, again, yes, we will have premium Lumias coming this year.

If there are a lot of OEMs, we’ll have one strategy. If there are no OEMs, we’ll have one strategy. We are committed to having the phones in these three segments. And I think the operational details will become clear to people as they see it. I want people to evaluate us on the phones that we produce, but not the inside baseball — what are we doing to produce — because that should not be relevant to our broad consumers. It may be relevant to people like you who are critiquing us. That’s okay. But what matters to me is what customers care.

While Nadella has reconfirmed Microsoft’s commitment to have phones out there in customer’s hands, Microsoft is actively planning for the world beyond phones.

If anything, one big mistake we made in our past was to think of the PC as the hub for everything for all time to come. And today, of course, the high volume device is the six-inch phone. I acknowledge that. But to think that that’s what the future is for all time to come would be to make the same mistake we made in the past without even having the share position of the past. So that would be madness.

Therefore, we have to be on the hunt for what’s the next bend in the curve. That’s what, quite frankly, anyone has to do to be relevant in the future. In our case, we are doing that. We’re doing that with our innovation in Windows. We’re doing that with features like Continuum. Even the phone, I just don’t want to build another phone, a copycat phone operating system, even.

So when I think about our Windows Phone, I want it to stand for something like Continuum. When I say, wow, that’s an interesting approach where you can have a phone and that same phone, because of our universal platform with Continuum, and can, in fact, be a desktop. That is not something any other phone operating system or device can do. And that’s what I want our devices and device innovation to stand for.

For those worried about Lumia’s future within Microsoft’s future strategy, Satya has this to say, “If no OEM stands up to build Windows devices we’ll build them. There will be Lumia devices. “

MJF: I saw (COO) Kevin Turner’s mail about the moves you made last week, and he made a Surface analogy. He said now what we’re doing with phone is more like what you’re doing with Surface. Your phones are going to be more of like showcase devices for what Windows mobile can look like on a phone.

NADELLA: Correct. There’s a little bit of a distinction because, in some sense, in the world of PCs, we are trying to create new categories like Surface did. Now every OEM has a two-in-one, which I celebrate, which is great. Surface Hub — I’m sure next year there will be many OEMs with Surface Hub like devices. We will do HoloLens, and then, since the holographic computing platform is right there in Windows, there will be people who will build holographic computers beyond HoloLens. So I want all of that to happen.

If no OEM stands up to build Windows devices we’ll build them. There will be Lumia devices. So I’m not afraid of saying, okay, it’s all about the OEMs, or it’s all about the ecosystem. It’s about Windows. It is about the overall health of Windows and being grounded in any given day’s reality, but having ambition of where the market is going versus being bound by current definitions.