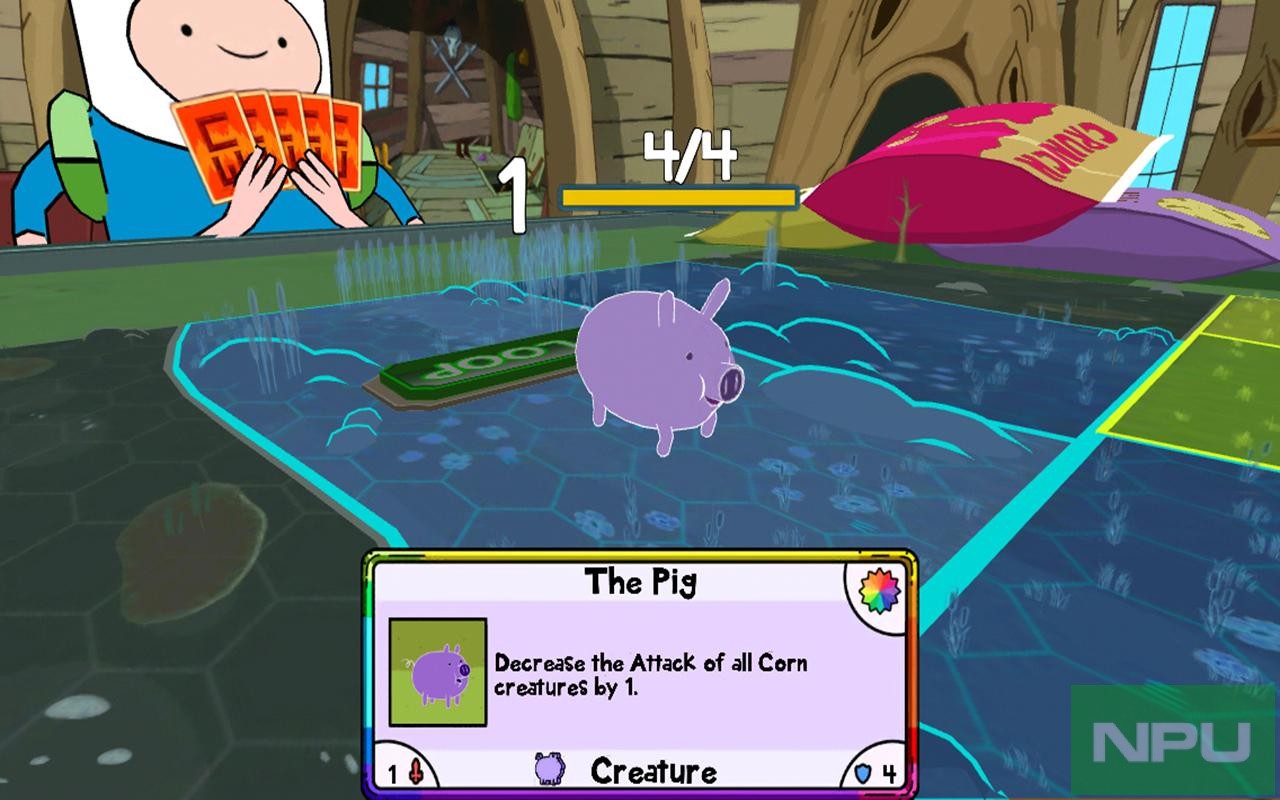 The Android app which has gone free next as myAppFree app of the day is Card Wars – Adventure Time. Floop the Pig! It’s Adventure Time CARD WARS! Play the game inspired by the Adventure Time episode, “Card Wars”! Summon creatures and cast spells to battle your way to victory.

CARD COMBAT!
Command an army of awesome warriors, including Husker Knights, Cool Dog, the Immortal Maize Walker, and even the Pig to destroy your opponent’s forces! Place towers and cast spells to unleash ultimo attacks.

CUSTOM DECKS!
Win all the wars! Collect new cards to customize your deck for each opponent. Level up your creatures, spells, and towers, or fuse them together to make your cards even more powerful.

HIGH STAKES BATTLES!
Think you’ve got what it takes to be crowned a Cool Guy, or will you end up drinking from the Dweeb cup? Start your own wars as Finn, Jake, BMO, Princess Bubblegum, Marceline, Flame Princess and more as you wind your way through the Land of Ooo!