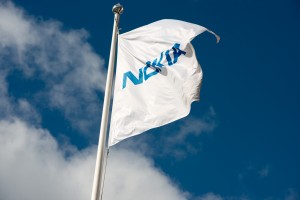 A Nokia innovation, which has been tested and verified with Qualcomm’s Snapdragon processors can reduce smartphone power consumption by 40%, while making browsing faster by 20%. Though, it is not something you can achieve by yourself, but your network operator may be able to do it for you by using Nokia Network’s High Speed Cell_FACH technology.

It is great to see that Nokia achieved these results while using Snapdragon processors, which are most commonly used processors in smartphones.

The solution has achieved remarkable results in a live network test, cutting signaling by up to 80% and giving an up to 65% faster application response time, among others. Conducted by Nokia Networks, the tests used devices fitted with Qualcomm® Snapdragon™ processors*, a product of Qualcomm Technologies, Inc., a wholly owned subsidiary of Qualcomm Incorporated, that support High Speed Cell FACH, on a commercial 3G/HSPA network of a major European operator. This was the first trial of the feature in a live operator network using commercial chipsets.

As well as the greatly reduced signaling and faster application response time, the tests also demonstrated up to 40% reduced power consumption in the cellular modem** and up to 20% faster browsing.

Well, when a mobile broadband subscriber runs an application such as WhatsApp Messenger, Facebook Messenger, web browsing or e-mail, an avalanche of small data packets of just a few hundreds of bytes or a few kbytes is often generated by the smartphone. This ‘hidden traffic’ load has major consequences for operators’ ability to provide the service that their customers expect.

High Speed Cell_FACH allows operators to better handle these packets on common shared high speed FACH channels, freeing additional capacity for users on HSPA channels where the actual data is transmitted. This gives a better experience for users and allows the system to offer the service for more smartphone users with faster set-up time, meaning your favorite applications will be faster, and with less signaling.