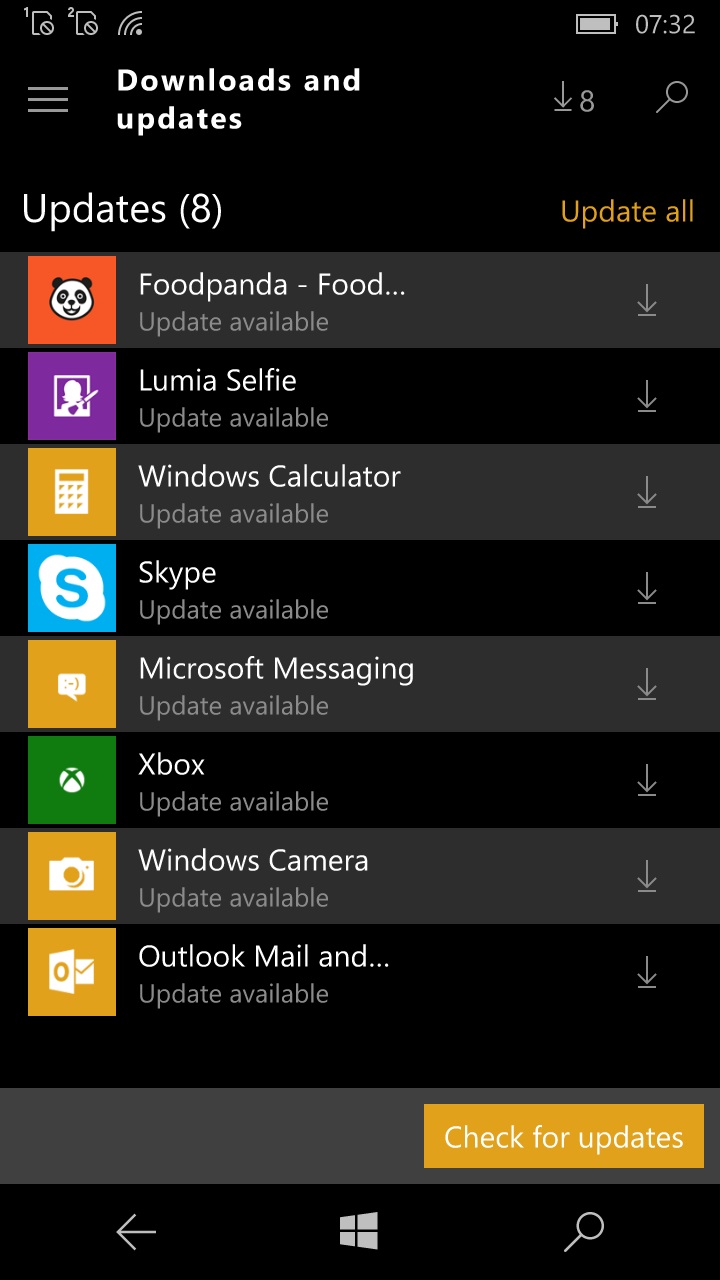 Not only Mail & Calendar and Skype but Xbox, Messaging, Camera & Calculator apps on Windows 10 Mobile have also snagged updates.

Real-time Friends list presence. Your Friends list will automatically refresh with your friends’ on/offline status and the apps and games in which they’re currently engaged – including whether the game they’re playing can be joined via multiplayer or party.

Real-time Activity Feed updates. No need to hit refresh to see new Activity Feed items; keep the Xbox app open and your Activity Feed will let you know when there are new items to view, comment on, like, or re-share.

Game progress comparison. Feeling competitive? Discover how you stack up against your friends on specific game progress by visiting the Achievements section of your profile and selecting ‘Compare.’ You’ll enjoy a side-by-side comparison of your selected friends’ progress on games you’ve recently played, including game completion percentage, Gamerscore and Achievements earned.

– You can now switch between dark and light themes.

– It’s easier to use and faster than before.

Though these changes don’t reflect on Mobile devices on checking.

There is not much to report for Camera and Messaging apps and there is no official changelog either. So we can assume bug fixes and improvements.