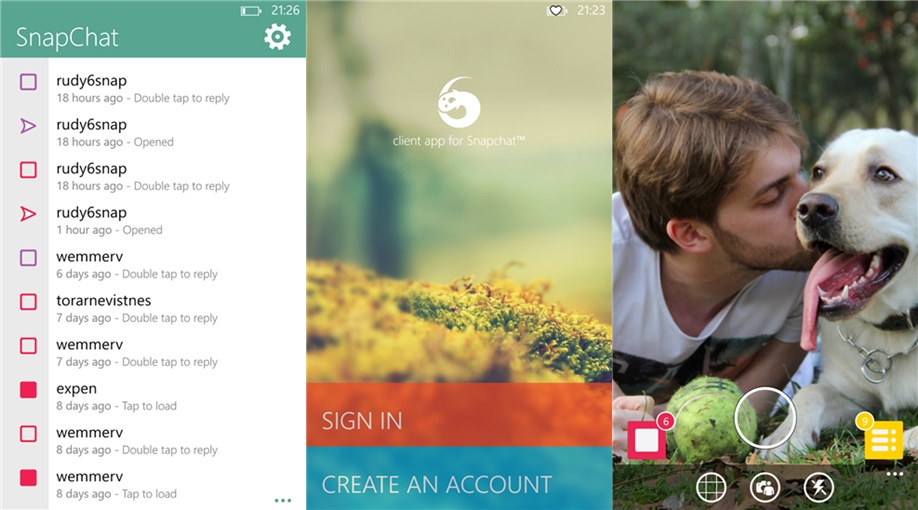 As many of you may have noticed: Snapchat is no friend of Windows Phone.

The developer of 6snap, Rudy Huyn even twittered Snapchat that they could have the source code. A cool step indeed.

Hey @Snapchat, I can give you access to #6snap source code, check it if u want but don’t let’s #windowsphone users without solution #beSmart

And what did Snapchat do: nothing! And how do they react to thousands of questions from all over the world: no word whatsoever! I don’t understand this company, why would you deny millions of users to use your service with the source almost for free? What’s is in the head of Evan Spiegel (@evanspiegel), Snapchat’s CEO? From the Sony mails leaks we now know he is a real professional, taking his company very serious as you can read here.

One can state that the whole story is strange. And we, the end users (or at least my son :), we are the victims of these strange politics. And in the meantime a company like Microsoft is changing from “Evil” to an open company building apps and services for all sorts of platforms. Being open always wins in the long run…

So are you also desperately waiting? There’s something you can do!

And to end with some humor 🙂