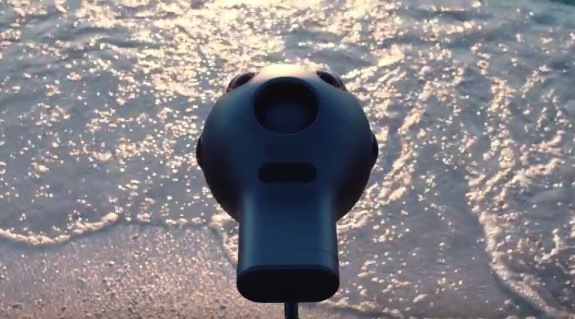 This is a big win for Nokia OZO!! Sony Pictures has entered into a new multi-year worldwide agreement with Nokia Technologies. Sony will use Nokia OZO to create immersive VR content for its viewers. Sony will also integrate OZO Player SDK into Sony Pictures Home Entertainment’s Privilege Plus app, available through Google Play.

Read all our Nokia OZO coverage including some amazing 360-deg video samples by clicking here.

“VR is a fast growing medium that is rapidly changing how we communicate and bringing a deeper connection to how we experience content,” said Paul Melin, vice president of Digital Media at Nokia Technologies. “We’re thrilled to partner with Sony Pictures and its talented storytellers to apply our technology and create experiences only possible with OZO – like 3D 360 live VR broadcast.”

“Partnerships with cutting edge technology companies like Nokia are critical as we develop the market for VR experiences and build scale in our production and distribution efforts,” said Pete Wood, SVP, Digital Sales at Sony Pictures Home Entertainment.

Scot Barbour, VP, Production Technology at Sony Pictures added,”Nokia’s OZO camera and its suite of professional tools are an excellent solution for content creators because they seamlessly integrate into established production processes and workflows, and enable the real time capture and broadcast of VR content.”

While the OZO solution offers many advantages for content creators, it also extends several benefits for playback. OZO Player SDK will be integrated into Sony’s Privilege Plus app, which will bring unique content straight to fans. The OZO Player SDK allows professionals to create amazing VR apps and experiences on any major platform. The SDK supports the creation of immersive apps with the highest quality playback of OZO content including 360 spatial audio, while also providing support for standard VR video and audio formats.