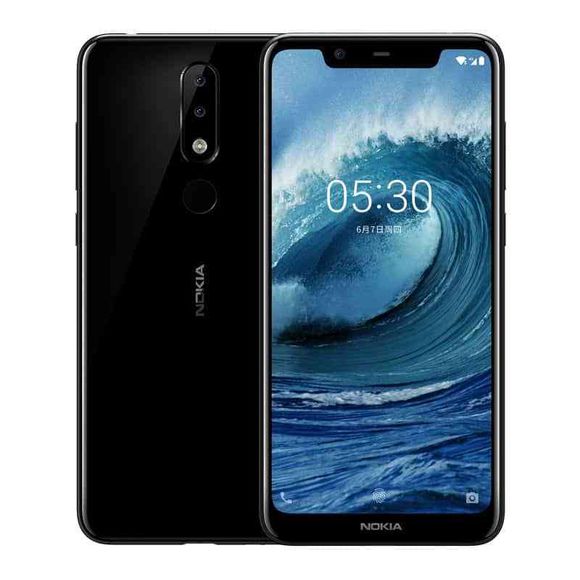 Nokia X5 good quality images of both Black and Blue color models have leaked now. A report from China also claims that it may be powered by Helio P60 processor which is more powerful than the Helio P23 processor assumed in Nokia X5 so far.

That Nokia X5 (5.1 Plus) will be launched in China on July 11 is sort of confirmed as Nokia Mobile Weibo accout has  recently teased about a new X-series Nokia launch. Now, we have earlier seen Nokia X5 3D renders and also images of the device prototype that appeared in Tenna certification.

Now, some good quality press images of Nokia X5 has been leaked again just two days in launch of the device. The back and front design leaves not much to imagination.

Nokia 5.1 Plus will come with a 5.86 (inch), 720×1520 resolution display which makes it a 19:9 ratio display. It comes with a notch like Nokia X6. It will be powered by a 2.0 GHz Octa-Core MediaTek Helio P23 processor. You can read all its major specs and check images by clicking here.