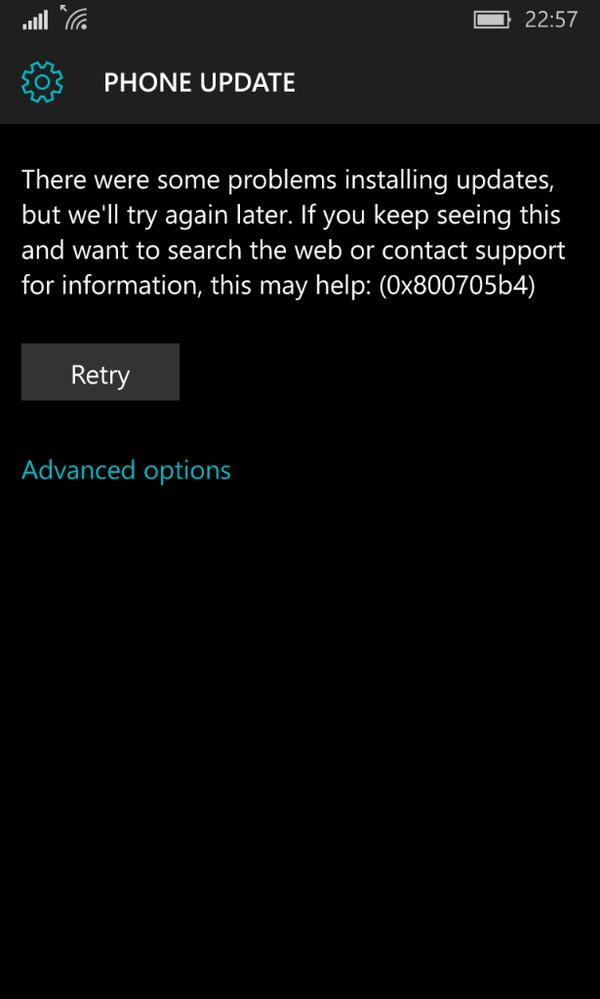 The Build 10536.1004 installation process has given lots of headache to many Windows Insiders. While we installed it on all our devices, for one of them it took around 3-4 hours and now it seems it worked because we had kept our device plugged. We found one device waiting endlessly at 0% as it was unplugged. We had also tried the WPRT method to roll-back and update to Build 10536.1004 and it took only 1 hour 40 min for us.

One of our readers had asked us about error 0x800705b4 while updating to Build 10536, and it seems that a roll-back to Windows Phone 8.1 and then updating directly to Build 10536.1004 has worked for him. Now Gabe Aul has shared more about this error.

@FabioBAE This is an error caused by the phone running low on resources. Reboot, make sure *nothing* else is running and retry update.

@FabioBAE Last resort would be to reflash to 8.1, don’t restore backup (to prevent bg tasks from starting), and upgrade from there. — Gabriel Aul (@GabeAul) September 17, 2015

Now coming to the dreaded download stuck issue, where the download gets stuck for hours at some %, we have earlier shared a tip that plugging in your device can help, as sometimes a bug switches on the “Battery Saver mode” while downloading new builds. Gabe Aul has now confirmed this to be a bug with build downloads and has offered similar solutions.

@trojanvirus0101 Try: Plug in to charger Disable lock screen In some cases phone can idle into low power state and stop downloading.