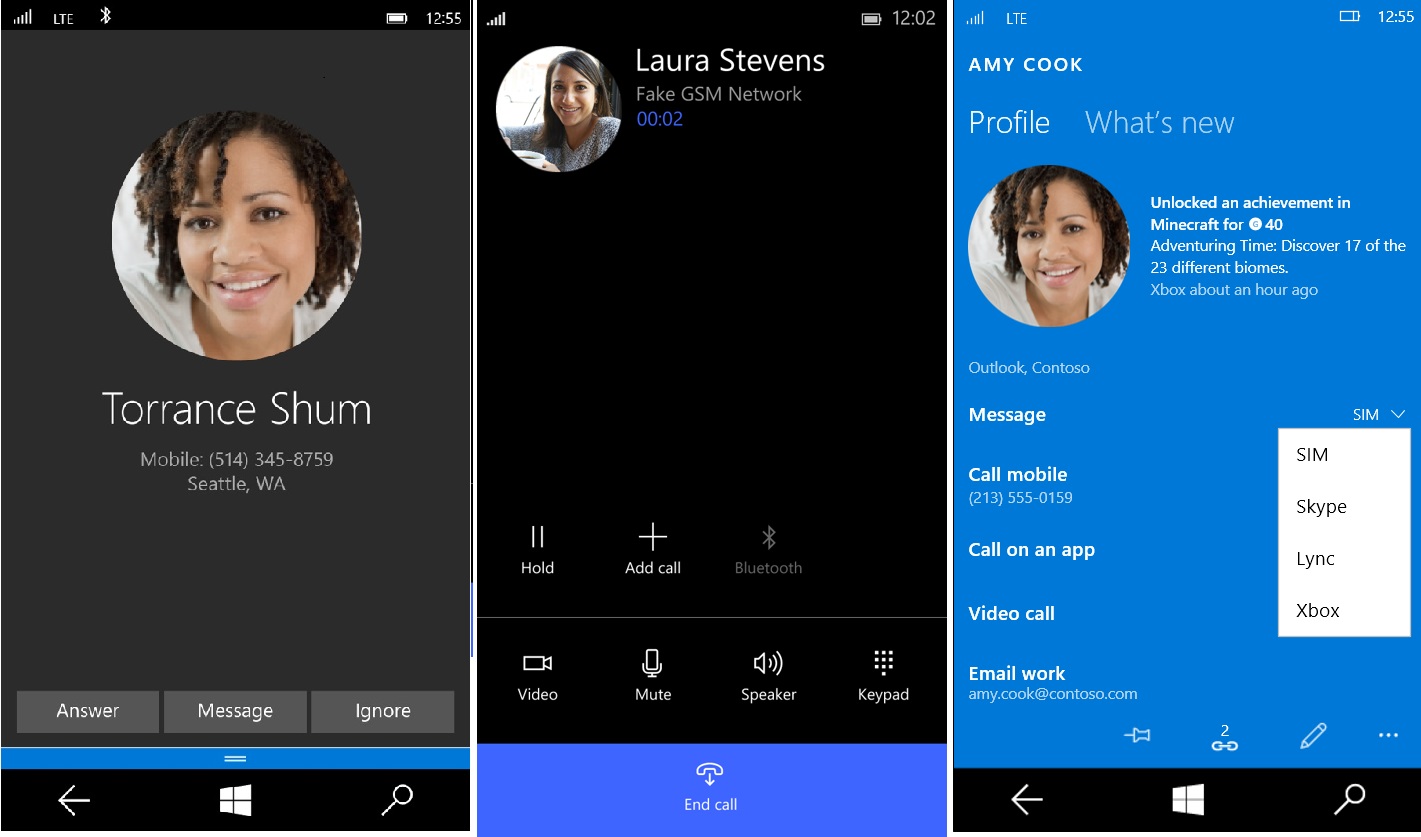 Now Zdnet has been able to get answers from Skype team about Skype’s awaited integration to Windows 10 and there are some interesting revelations. It seems there will be no standalone Skype app on Windows 10, but the app will be baked into universal Messaging, Calling & Video apps. The Skype integration is coming later this year most probably with the final Windows 10 Build.

Q: Why couldn’t Microsoft evolve the existing Modern skype app into a Universal Windows Skype app — instead of and/or in addition to launching a bunch of standalone, separate Skype apps?

A: With Windows 10 we wanted to truly build Skype into the platform so it’s easier and faster for users to complete tasks at hand. This is why, later this year, we will be offering Skype built into Messaging, Calling and Video. For users who still want an all-in-one application, the all in one Skype app provides the best mix of navigation friendliness for both mouse and keyboards and touch as well as the features our users love.

Q: The Office team is building a bunch of standalone Office apps for mobile Windows users. They call these “Universal” Word, Excel, PowerPoint, OneNote and Outlook. Are the “task-based” Skype messaging, phone, video apps also going to be “universal”?

A: Yes, the Universal Messaging, Phone and Video apps on Windows 10 with Skype built in will run across phone, tablets and desktops.

Though one can disable the Skype integration if one so desires.

Q: On Windows 10, will the Skype messaging, phone and video apps be available via the Windows Store? Will they be preloaded on all versions of Windows 10 (Desktop, Mobile, Enterprise, Education)? Or will they actually be unremovable components of the Windows 10 OS?

A: The Universal Messaging, Phone and Video apps on Windows 10 with Skype built in, will come on desktop, mobile and tablet for consumers. Users can choose to turn off functionality by logging out of the Skype video app.