Skip to content
You are here
Home > Latest Posts > How To & Tutorials > Windows 10 Mobile tutorial: Phablet UI on any phone (Display Scaling), Text-Size change (How To) 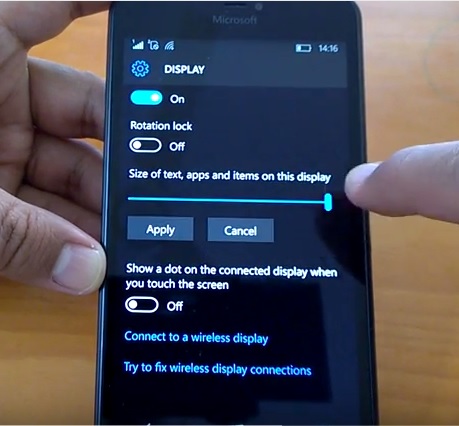 We had earlier reported about the new Display scaling slider that arrived with the Windows 10 Mobile Build 10549. The slider adjustment lets you have Phablet like four medium size tiles on start-screen of devices with display size of even less than 5-inch like, Lumia 1020, though it is not limited to only four tiles on start screen but it also extends to Action Center, Settings landscape UI, Multitasking UI and text size in apps becomes very small.

So, in our hands-on video tutorial we not only show you how to play with slider settings to change the UI on Windows 10 Mobile but you can also make “text size” larger if you want to live with Phablet UI on your smaller devices.

You can read all our Windows 10 Mobile tutorials by clicking here.