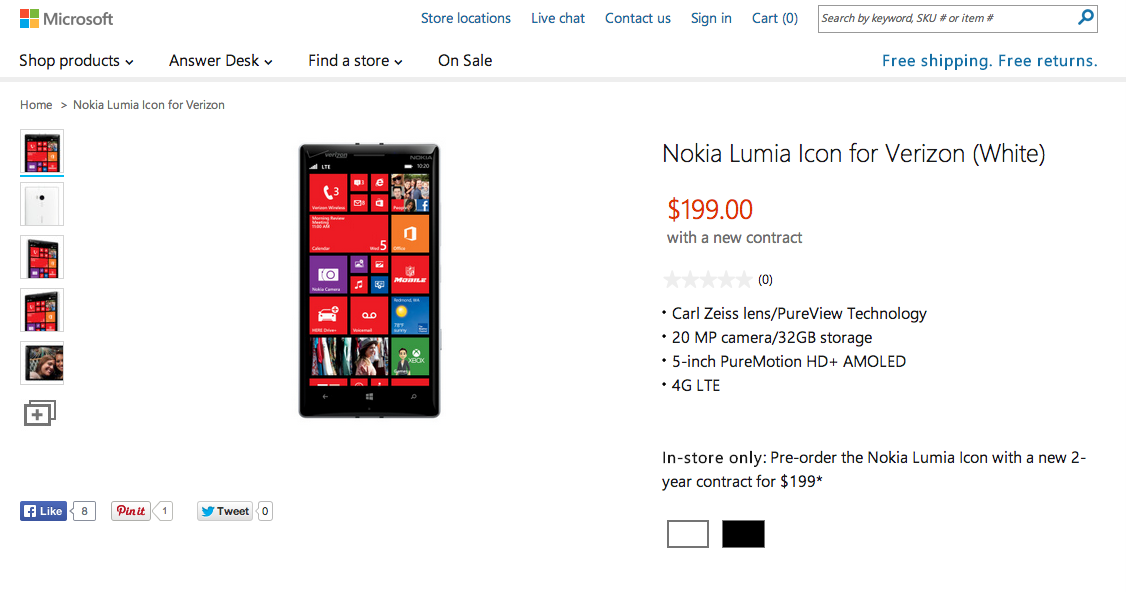 It has been a long road up until this point, when we would finally read the title that the Lumia Icon is available for at least preorder.  The first leaks were seen back in September, then release dates rumored for November, December, January, and early February, but now we finally have official word of the Lumia Icon.

The phone is only available for preorder through Microsoft at this point.  I spent almost an hour on the phone with Verizon today trying to find a set in stone retail price for the Icon, but the employees at Verizon do not know what the Lumia Icon is.  The phone will be $200 with a new contract or upgrade and no official retail price has been named yet, although we were tipped that it would be $550.

If 550 is the retail price number then I will be at Verizon to get my preorder in so I can show all the viewer of Nokiapoweruser and Thewincentral and nice Lumia Icon unboxing.  If you want to check out the page at Microsoft for the Lumia Icon click HERE, and to check out Nokia’s Icon page click HERE.