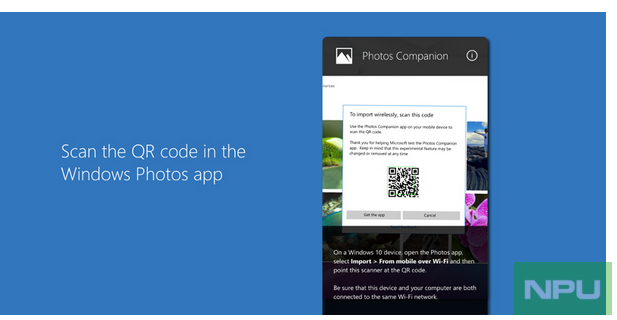 Microsoft has released Photos Companion app for Android devices. This app is also available for iOS devices. This is a Microsoft Garage project, works with Microsoft Photos in Windows 10 to transfer photos and videos from a phone to a PC over Wi-Fi. Just make sure the phone and PC are on the same Wi-Fi network, then scan a code and start the transfer.

You can download the app for Android devices and iOS devices from the links given below.