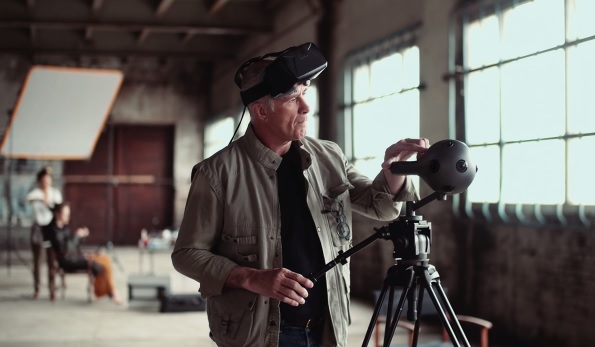 Nokia is live-streaming two classes for enthusiasts to train about 360 Film-making and Live Streaming in VR. Nokia has termed these classes as OZO MasterClass and the first one is already live on YouTube. Instructor is Alex Henning, Executive Producer of The Argos File. You can join now.

Join Upload and Nokia OZO for two Masterclasses that share an in-depth look at 360 Filmmaking and Live Streaming in VR. The classes will be live-streamed around the world via Nokia OZO and OZO Live on YouTube 360. For more about Nokia OZO, visit: ozo.nokia.com

ABOUT THE INSTRUCTOR:
Alex Henning, Executive Producer of The Argos File
Alex is the co-founder of Magnopus and is an Oscar-winning visual effects supervisor who won for Best Achievement in Visual Effects in 2012 on Martin Scorsese’s ‘Hugo’. His work has also earned awards from the Visual Effects Society and the International Press Academy, as well as a BAFTA nomination. A hands-on expert in the art and science of synthetic images, Alex has created and supervised visual effects on a variety of projects including feature films, television, commercials, music videos, and theme park rides. His film credits include Star Trek Into Darkness, After Earth, Alice in Wonderland, Shutter Island, The Golden Compass, Superman Returns, Sin City, and The Day After Tomorrow.