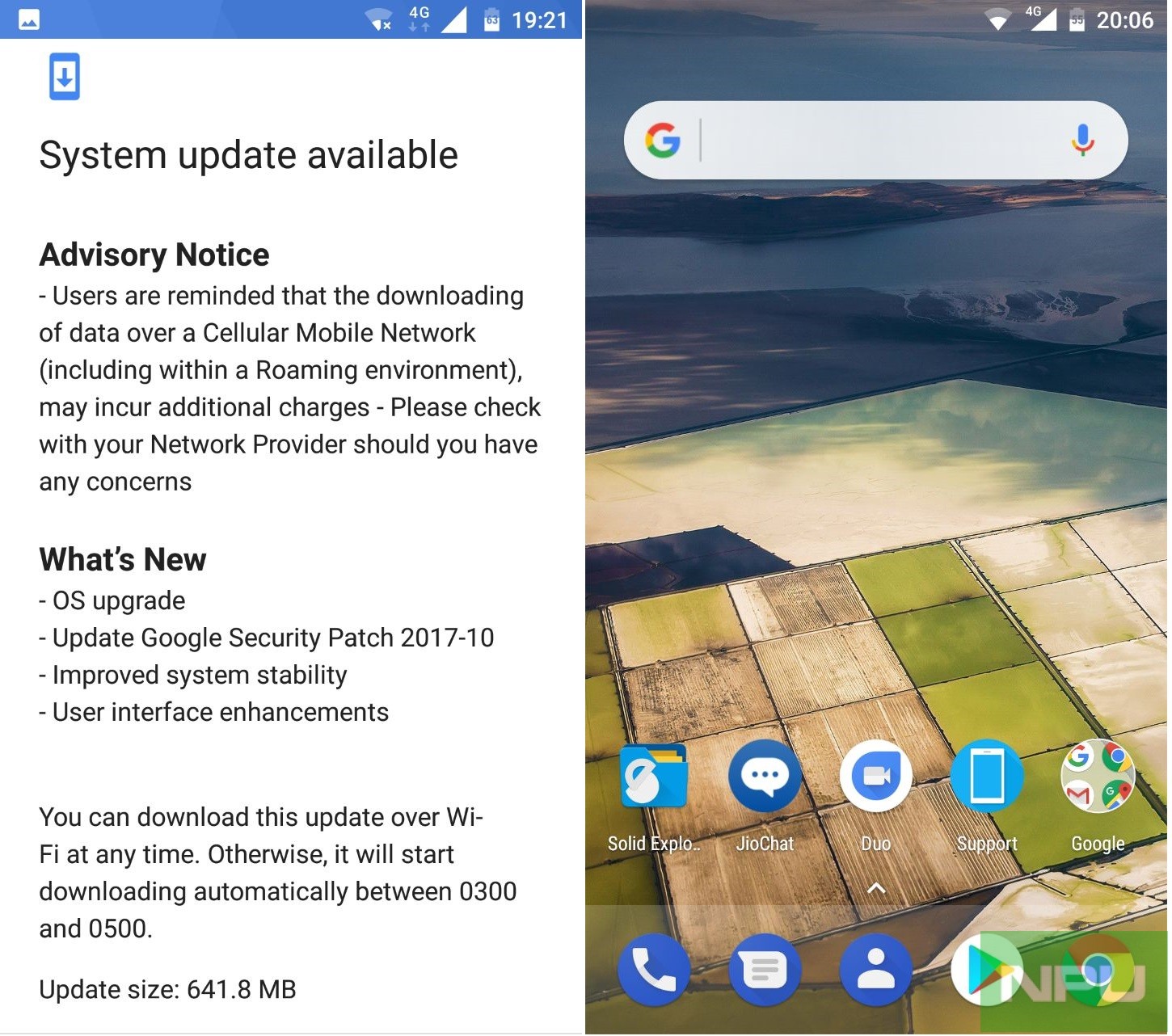 We last reported about Android 7.1.2 Nougat roll-out to Nokia 6 TA-1021 variant in some markets along with the October security update. But understandably Nokia 6 TA-1021 Indian variant didn’t get it because of its Amazon affiliation.

The good news is that Android 7.1.2 Nougat is now available for Indian Nokia 6 TA-1021 variant. Also as reported by some of our readers even the unlocked TA-1025 variant is getting it. As you can see in the screenshots above the Android 7.1.2 + October security update for Nokia 6 is 641.8 MB in size.