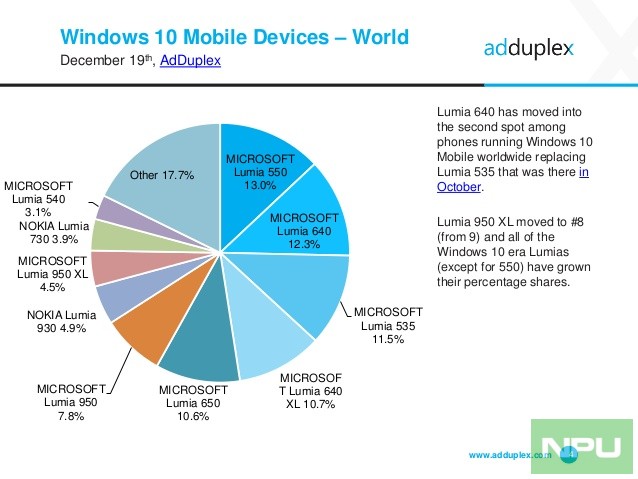 AdDuplex has released its Windows Phone / Windows 10 devices report for December 2016. This time they have also shared information about Surface devices. For your information AdDuplex gathers, analyses and releases Windows Phone and Windows devices market share report every month.

Lumia 640 has moved into the second spot just behind Lumia 550, the most used Windows 10 Mobile Phone.

How do only Windows 10 Mobile phones look like on a pie-chart??

Post Black Friday Sale, Lumia 650 and Lumia 950 have climbed to 1st and 2nd ranks in US market.

When it comes to Windows 10 on PCs, 86.3% run Anniversary update. Quite Impressive.