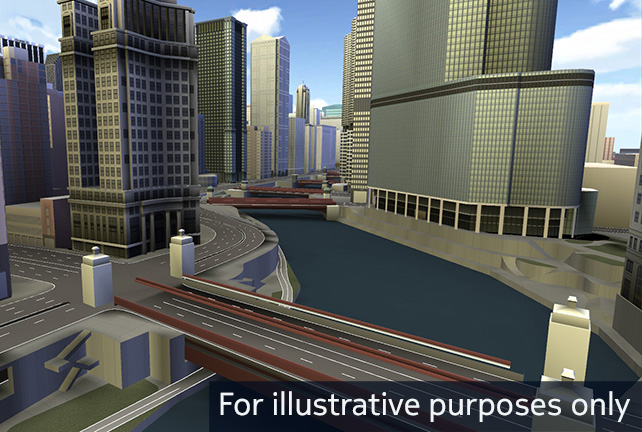 Don’t expect HERE 3D maps elements to look exactly like, how you see them in the video games, but if we tell you that Nokia has roped in a video game veteran developer for creating 3D Map tools, expectation are bound to soar.

“I was co-founder of Angel Studios,” Michael tells us, “which specialised in open street-racing games. We created the Midtown Madness series for Microsoft. Then Midnight Club and its sequels for Rockstar Games.”

The studio was acquired by Rockstar in 2003, and some of the technology and driving game play mechanics created for the Angel Studios racing games are still part of the latest Grand Theft Auto release.

And Michael Limber is now creating tools for creating 3D models of the world for HERE,

At the HERE office in Carlsbad, just north of San Diego, Michael Limber is making new tools for us – tools that allow us to create 3D models of the world using the high-resolution mapping information we’re gathering about roads and cities.

Michael hints about interactive maps and terms it as a living canvas,

“And we’re making maps for a new generation. My teenage son expects far more from his media than I did at his age. There’s an expectation that everything is interactive. Everything can be touched and manipulated.

“Cartography as the basis for a map will never go away, but a map is now a living canvas. A much richer playground than it ever was in the past.

It seems Michael and his team have already created 55 square-kilometres of central Chicago in 3D. This real-world simulation of Chicago is being used by HERE connected car team, that needs cm-level accurate maps.