Skip to content
You are here
Home > Latest Posts > Opinions > With Redstone Build 14251, Windows 10 may have ushered into “Big Changes” phase 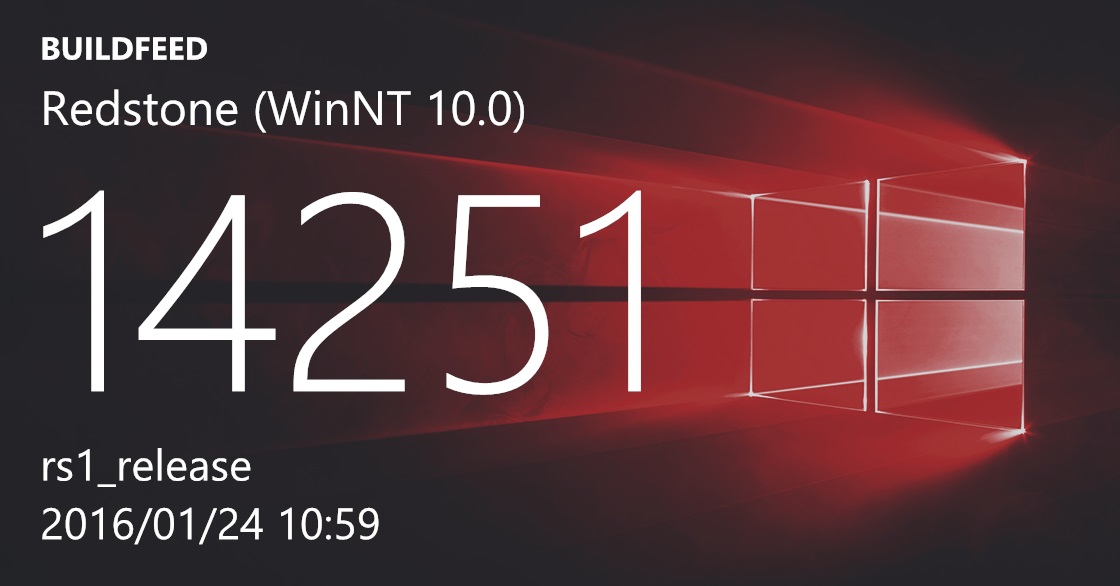 Time and again we have been reporting new Windows 10 and Windows 10 Mobile Build leaks via BuildFeed. Now, not always the builds leaked at BuildFeed make their way to Insiders, but many times they do so. But the latest build seen at BuildFeed is quite interesting, mostly due to the fact that it marks a big jump over the last released Insider Build 11102. The latest Redstone build leaked at BuildFeed is Build 14251 and it is a monstrous jump over not only Build 11102 but also over the previous latest Build 11107.

So, why should have Microsoft gone for such a Build number jump. The most common logical conclusion would be because it marks a significant departure from the way the Redstone builds may have been created till now at Microsoft. All the Redstone builds like Build 11099 to Build 11102 brought almost no new features, but Microsoft has to add major new features and bring UI changes at some point in time to Windows 10. So, it mostly is that build that marks Microsoft’s intention to finally advance the OS development and not “stabilize it”.

We have already given you an idea about what to expect from Windows 10 Mobile Redstone updates via our sources. Build 14251 may also mark the phase when Microsoft will start pushing faster builds with more bugs to Insiders in Fast Ring.

Bring it on, Microsoft!!