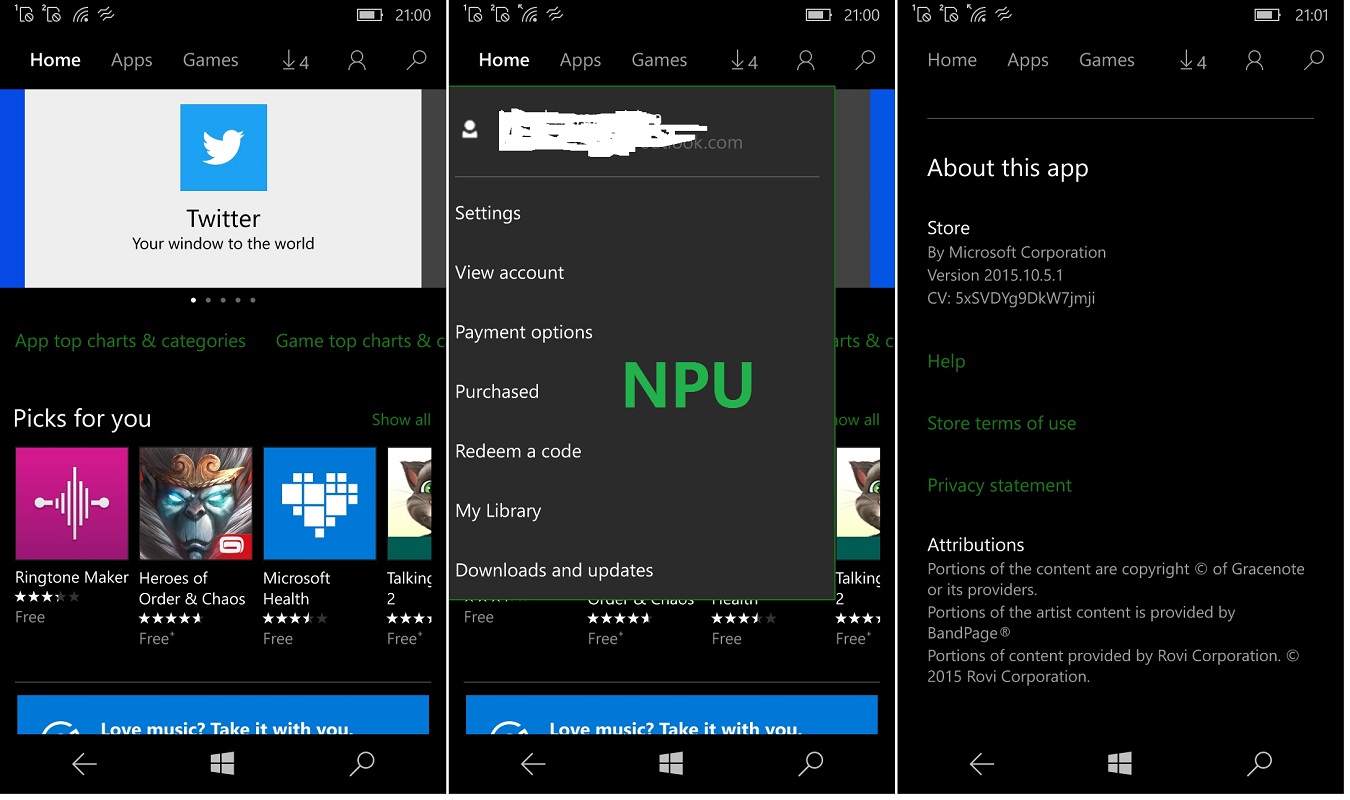 The UI is gone with a new store update that we just received only on our Lumia 540. It is either A/B testing or somehow it seems the app can support both UIs. Anyways it is gone for now!!

Today we had reported a minor Windows 10 Mobile Store update that took the version to 2015.10.5.1 but didn’t bring any noticeable changes. But one of our devices got an entirely different Store update. Though it updated to same version but surprisingly it brought a revamped Store app with completely new UI.

We are not sure how only one of our devices got this update and why with same versions other three have the hamburger menu. But one thing is clear, Microsoft will push this update to other devices in future and will shed the Hamburger Menu UI. It is certainly good news for Windows Phone fans who dislike the Hamburger Menu!!