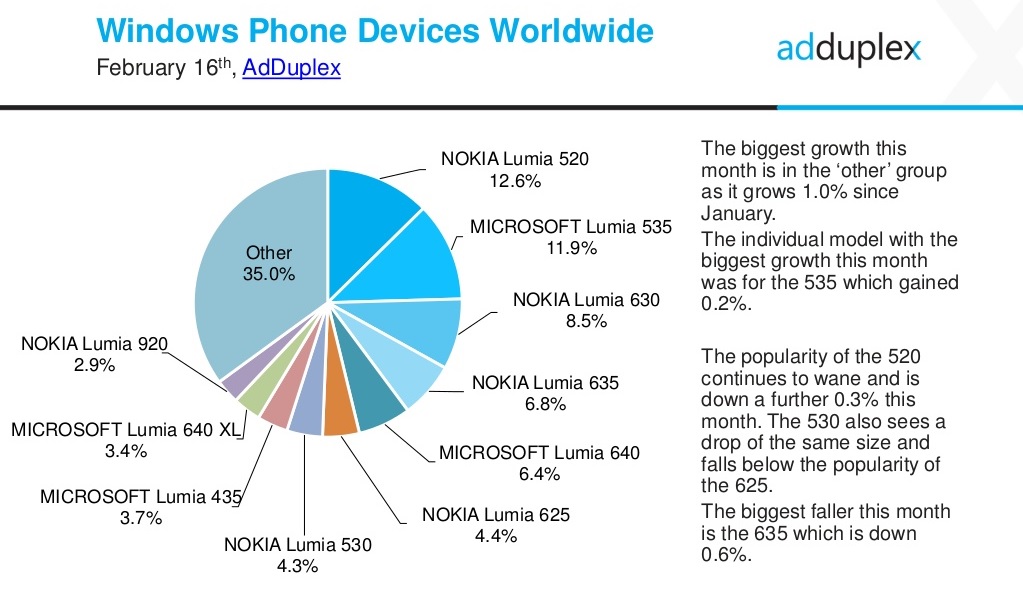 AdDuplex has released its Windows Phone report for February 2016. For your information AdDuplex gathers, analyses and releases Windows Phone market share report every month. Here is how the report was generated.

This report is based on data collected from 5,219 Windows Phone apps running AdDuplex SDK v.2 (and higher). The raw data analyzed was collected over the day of February 16th, 2016 (UTC time) unless otherwise stated. We have made every attempt to consolidate different reported phone model names under their canonical retail model names, but it is possible that some of the rare model name variations were not accounted for.

Read the full report by going to the source link.